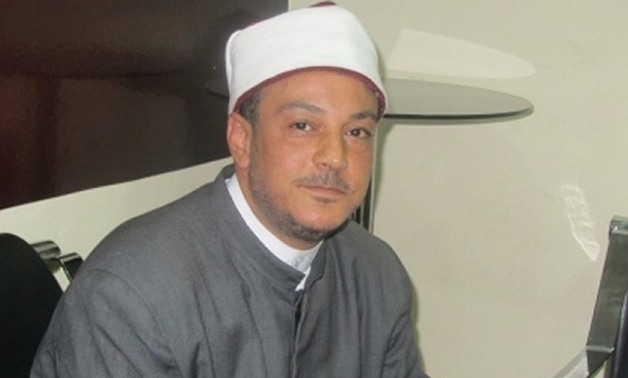 The TV preacher had faced public controversy over declaring that he was the “awaited Mahdi”, (Islam’s redeemer), calling on religious communities to follow him, among several other provocative religious interpretations—fatwas.

Sheikh Mizo had criticised Sahih Al-Bukhari, which is a collection of the sayings of Islam’s Prophet Muhammad, and made arguments about extra-marital relations, women’s dresses, and other topics.

Although the preacher was not necessarily presenting constructive perspectives on the Islamic religion, the crime known in the Penal Code’s article 98 as contempt of religion has been widely criticised by intellectuals and freedom of expression defenders in the past year.

The reason of their rejection of the law and demands to abolish the prison penalty was that writers, preachers, and intellectuals have been widely targeted for expressing their views, such as in the cases of Islamic researcher Islam El-Beheiry and female writer Fatima Naoot.

The first had also criticised Al-Bukhari, claiming to bring a new approach to religious teachings in response to calls repeatedly made by President Abdel Fattah Al-Sisi for the renewal of religious discourse. Faced by strong condemnations from Al-Azhar, El-Beheiry ended up with a reduced prison sentence, which he completed in November.

On the other hand, Naoot received a suspended six-month prison sentence after a lawyer filed a lawsuit against her accusing her of insulting the Islamic religion. Naoot had criticised the way Egyptians practice the ritual of sacrificing animal during Eid El-Adha, but was considered to have mocked an Islamic ritual.

Nonetheless, Sheikh Mizo did not receive as much support from those who defended the freedoms of El-Beheiry and Naoot, and TV hosts led a campaign against him, accusing him of madness. Moreover, in December, the prosecutor-general referred him to a psychiatric institution for a check up.

Where hope lies in Egypt