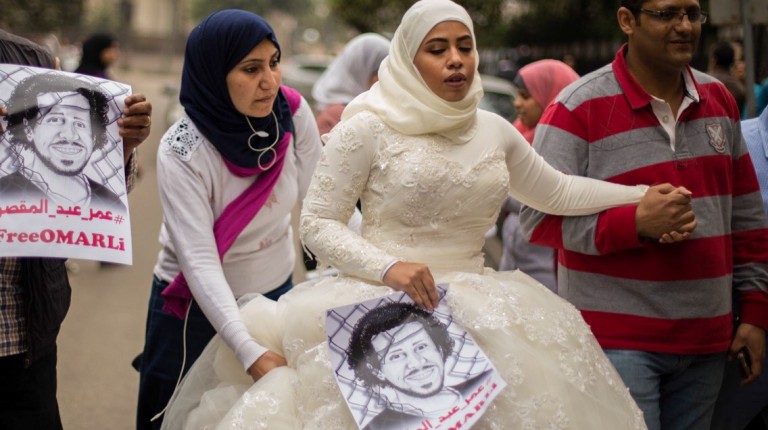 Furthermore, their third brother Anas received a one-year prison sentence. These sentences were issued during the retrial of the three brothers and a further four defendants.

Abdul Maqsoud, who was working for Masr Al-Arabia news, and his brothers have been imprisoned since April 2014 on accusations of setting fire to cars belonging to President Abdel Fattah Al-Sisi’s presidential campaign in Mit Ghamra, Daqahleya governorate.

Independent lawyer Mokhtar Mounir explained to Daily News Egypt that “legally speaking, if an individual completed three years in prison, whether in condition of pre-trial detention or whatever, and then received a specific number of years as a prison sentence, the time he spent in prison is deducted from the issued sentence.”

Abdul Maqsoud was sentenced to life in prison in this case on 19 January 2015 during the initial trial, but his lawyers appealed it. The charges against him were upheld despite Maqsoud providing documents that proved he was on work assignment during the time of the cars incident, according to statements by his wife.