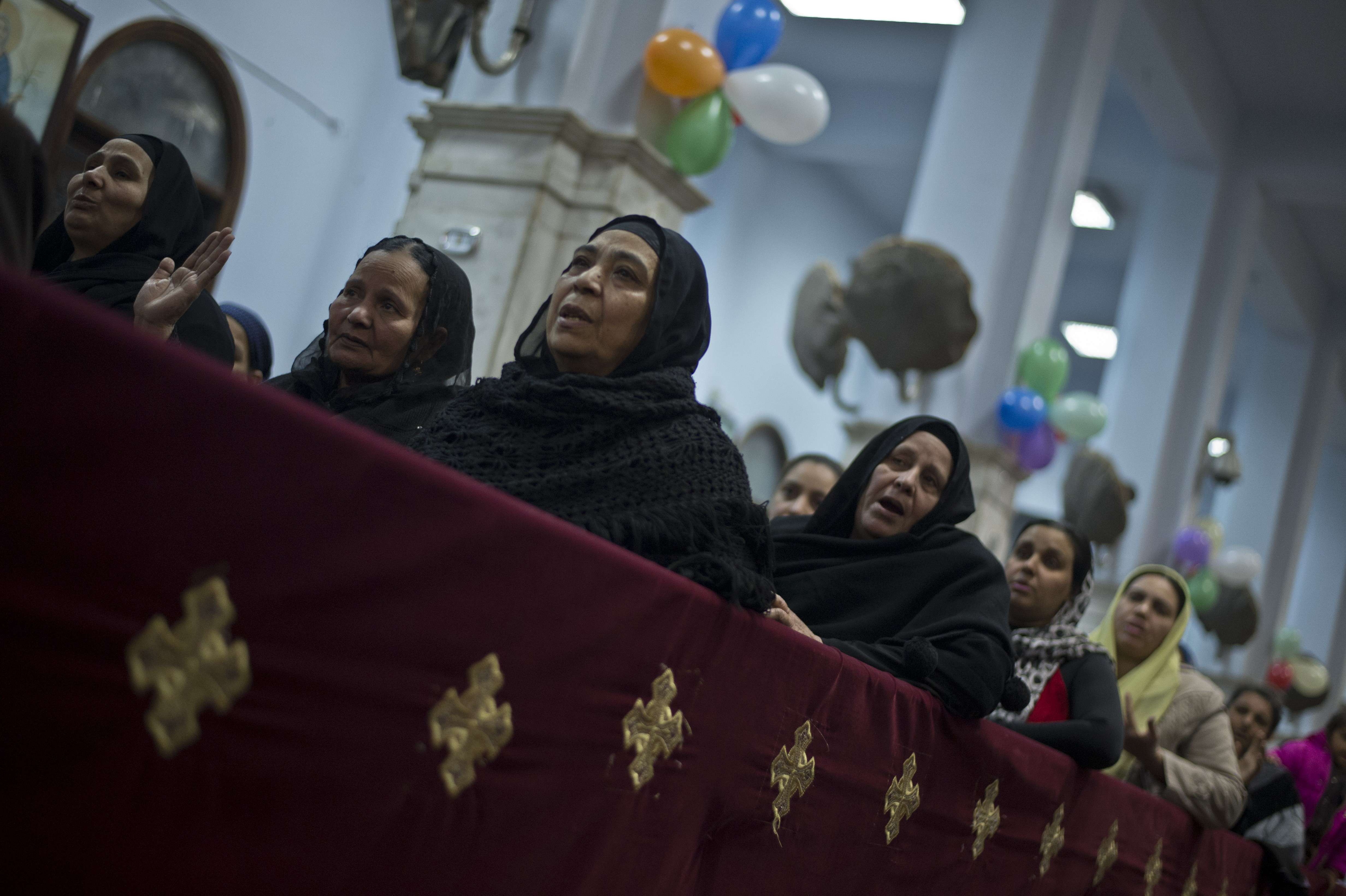 Following the unprecedented exodus of Coptic citizens from the North Sinai city of Al-Arish due to militants’ threats, the army official spokesperson said in a Facebook statement that forces managed on Monday to kill six militants and arrest 18 suspects in North Sinai in a sweeping operation. According to the statement, the operation targeted terrorists’ stationing points, which led to the discovery of two explosives-storages.

Despite these efforts, the wave of violence and militant activity are on the rise, according to a report by state-run newspaper Akhbar Al-Youm. On Sunday, a bus of female teachers in Rafah was stopped by militants, who threatened to punish those who are not accompanied by a male relative, a female teacher asserted to Daily News Egypt on condition of anonymity.

“We were subjected to threats when a number of militants clearly stated that they are members of the IS-affiliated group of ‘Sinai Province,'” she said, adding that “they told us they would implement corporal punishment on us according to Islamic Sharia if we are to go to work without a male relative accompanying us and do not wear the veil. This may include torture and death.”

According to her statement, after receiving such threats, the female teachers headed to the North Sinai governor’s office, where they asked for an urgent meeting. The governor then asked the city’s educational administration director to gather information on these female teachers and consider the possibility of transferring them to other educational regions.

“We are calling on the government to protect us and not to transfer us to places near Rafah. We also refuse the suggested solution to use a different highway—which is highly secured by the army—than the one we take to go to our schools, as the militants will monitor us,” she added.

The militants told the female teachers that not wearing a veil while going to their workplace and without the accompaniment of a male relative is considered a kind of apostasy, she said.

“The militants, moreover, warned that violating the aforementioned instructions will lead to lashing and disfiguring the female teachers’ faces with concentrated sulfuric acid,” she stressed.

Meanwhile, other anonymous militants—believed to be members of Sinai Province—brought a civilian—suspected to be an informant for the army—to the village of El Hosynat, west of Rafah, and brutally killed him, a local journalist asserted to Daily News Egypt on condition of anonymity.

“The militants brought a young civilian and cruelly pulled out his eyes in front of El Hosynat’s residents and then set him on fire. After that, the young man ran towards a tree from the severity of the pain, where they shot him dead,” he explained details on the incident.

The newspaper added that the driver of the vehicle, owned by North Sinai governorate’s administration, was forced to exit it after the militants threatened him. They then seized the vehicle.

“The vehicle is affiliated to the general secretary of the North Sinai governor. The driver, who was driving on the 26th July Street in Al-Arish, was forced to leave it after being threatened at gunpoint,” the local journalist said.

Regarding the role of the parliament in the Copt’s exodus from Al-Arish, the undersecretary of the parliament’s Human Rights Committee, Ali Badr, asserted on Monday that a parliamentary delegation paid a visit to the Coptic families currently stationed in the governorate of Ismailia to review their needs, a state media outlet reported.

Ahead of her upcoming official visit to Egypt, expected to last for one day starting 2 March, German chancellor Angela Merkel said in media statements dedicated to the German radio that Christians in Egypt are enjoying very good living conditions regarding the freedom of practising religious rituals, and that they receive governmental support. She added that Christians’ lives in Egypt—a country with a Muslim majority—is considered an example that should be followed.

Since February, seven Copts have been killed in Al-Arish, five of which have been shot and two have been burnt to death. In the latest incident, the corpses of two Coptic citizens have been found thrown behind a state-run language school.

The two corpses belong to an elderly Coptic man named Saied Hakim—65 years old—and his son, Medhat Saied—45 years old. The father was killed by gunshots to his head, a local journalist said on condition of anonymity. Meanwhile, his son was burnt alive. The two are believed to have been kidnapped by anonymous militants, days before they were killed.

Last week, under the name of the “Islamic State in Egypt” and with the headline of “Fight All Infidels”, the IS-affiliated group released a new video, issuing fierce threats against the Coptic citizens of Egypt, accusing them of insulting Islam, and threatening to carry out more attacks against them.