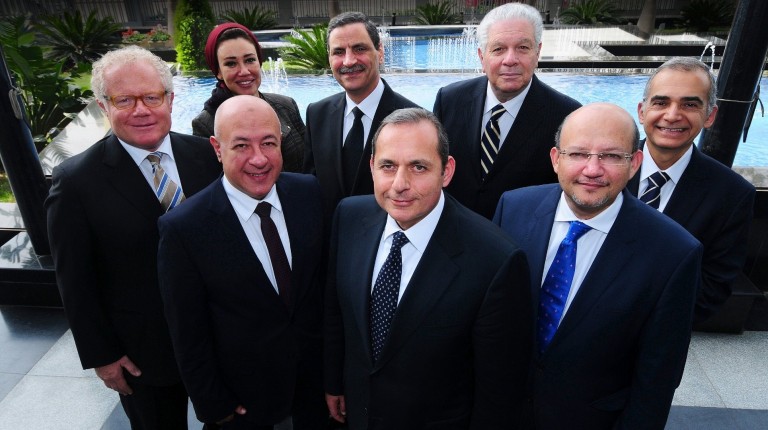 The National Bank of Egypt (NBE) achieved a net income after taxes (NIAT) of EGP 12.5bn at the end of fiscal year (FY) 2015/2016, with a growth of 145% compared to the previous year, marking the highest profit achieved by the bank in its history, according to chairperson of the NBE Hisham Okasha.

He announced, in a statement after the end of the bank’s general assembly held on Sunday, that the bank achieved 88% growth in pre-tax profits, amounting to EGP 19.5bn for FY 2015/2016.

Moreover, the bank’s total loan portfolio increased to EGP 231.3bn in June 2016, growing by 49% compared to a 31.3% growth rate of loans in the Egyptian market.

According to Okasha, the loan portfolio of large companies at the bank increased by EGP 61bn, growing by 57%, to reach EGP 168.6bn in June 2016, while the bank achieved a 48% growth in the loans portfolio of small- and medium-sized enterprises (SMEs), recording EGP 24.5bn.

Okasha said that the bank injected new funds into the sector worth EGP 7.7bn in FY 2015/2016, attracting more than 17,700 new accounts. EGP 2.7bn was provided to about 4,734 customers in the framework of the Central Bank of Egypt’s (CBE) initiative. He pointed out that the bank signed new contracts worth EGP 1.6bn with the Social Fund for Development (SFD)—money which has been re-lent to some projects spread over all economic sectors.

He noted that the NBE has signed settlement agreements worth EGP 3.1bn with 317 defaulting clients and supported more defaulting customers by injecting additional funding to help them overcome their financial problems. These measures led to a decline in defaulting loans portfolio by 2.3% of total loans in June 2016 compared to 4.3% a year earlier.

He added that the deposits portfolio jumped to EGP 558.6bn in FY 2015/2016, with an EGP 110.9bn increase and a growth rate of 25%. He pointed out that the certificates introduced in foreign currencies have attracted about $600m this year. The monthly platinum certificates have also attracted EGP 116bn.

Okasha said that NBE managed to carry out deals with the external financing institutions worth EGP 2bn. The loans were used in projects for women empowerment, energy-efficient operations, environmental computability, and industrial projects.

He added that the bank injected EGP 701m to finance housing of 8,606 low-income clients, and EGP 2.3m to finance medium-income clients within the CBE initiative to support mortgage financing. About EGP 5.4m were provided to 10 clients in the projects of Rehab and Madinaty, bringing the real-estate portfolio of the bank in June 2016 to EGP 808m and a total number of clients to 11,120.

According to Okasha, the retail loans portfolio in the bank increased by 21% to reach EGP 38.1bn in June 2016.

This was aimed at supporting the bank’s plan to provide alternative banking solutions, in addition to its 384 branches around Egypt, including 33 new branches opening in the last FY.

As for social responsibility, Okasha explained that NBE focused on supporting four main axes: health, education, developing slums, and combating poverty. He pointed out that the bank donated EGP 494m in FY 2015/2016.

NBE increased its capital by EGP 26.4bn since June 2008: chairperson