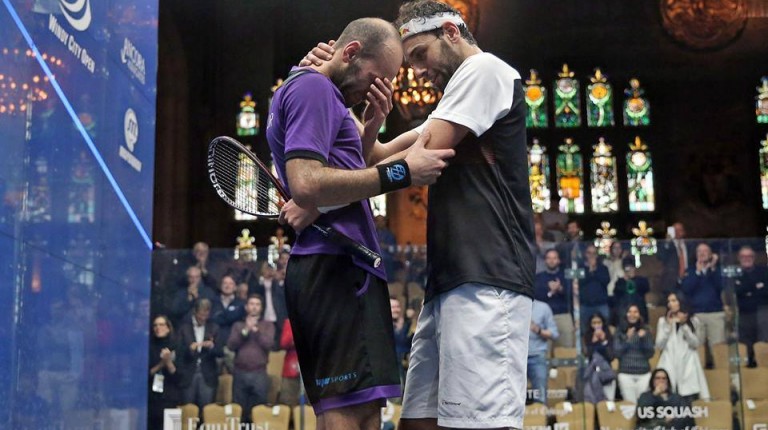 It was an intensively emotional encounter after the match, where the two brothers cried and hugged each other. The scene after the match rapidly spread on social media.

Marwan commented in this regard “I’m only here because of my brother. Whatever I have achieved in squash, I have done because of him. He taught me everything,” adding that, “it is tough—we both knew it was going to happen at some point. Every time we play it is a battle on court, but we are best friends off court.”

Commenting his brother’s success, Mohamed said, “my brother is in the final! No one understands my happiness and my emotions right now! I am so proud!”

El-Sherbini—runner-up of the 2016 Windy City Squash Open—commented: “it does not matter with whom I am playing; I will do my best to win. I am happy to be back in the final. I love playing here and I am really happy it is going to be an all-Egyptian final.”

EL-Welily—winner of the Windy City Squash Open in 2015 and 2016 and runner-up in 2014—said, “it is amazing to be in the final for the fourth time. There is no pressure tomorrow, but it would be fantastic to win for the third time.”