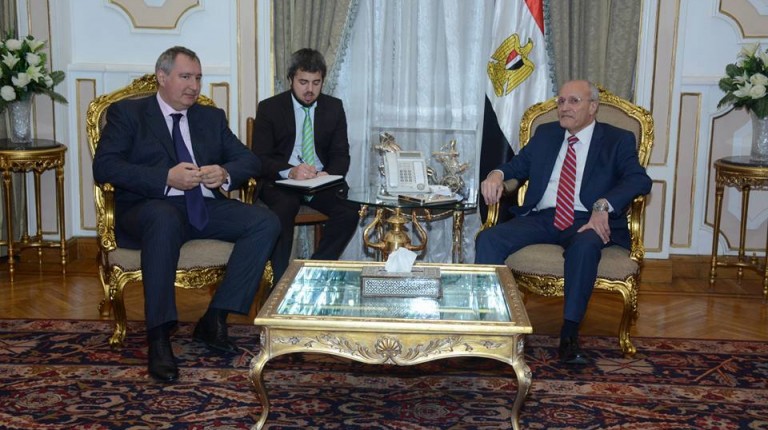 During the meeting, Al-Assar displayed the Ministry of Military Production’s capabilities, which qualifies it to be an effective partner with Russian industries and to establish joint ventures with them.

Rogozin displayed the Russian military’s industries and plans, as well as the programmes adopted by the Russian defence ministry. He also discussed the possibility of cooperating with Egypt in developing armament systems and ways of supplying the complementary parts to develop these industries according to the weapons development programmes and research carried out by the ministry.

Rogozin emphasised that he is looking forward to manufacture and supply Russian-produced train carriages for the Egyptian National Railways. He added that Russia also aspires to start establishing the Russian industrial zone in the eastern area of Port Said.