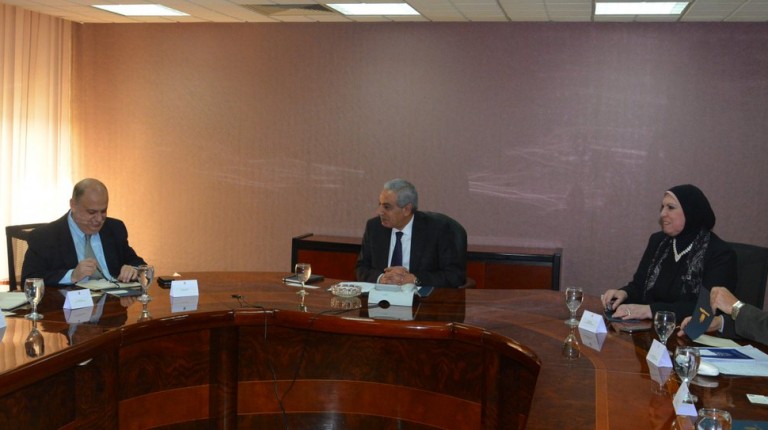 Minister of Industry and Trade Tarek Kabil said on Wednesday that the ministry is currently negotiating with the World Bank a new funding programme worth $150m to finance labour-intensive infrastructure and social-service projects.

The programme would work on the development of employment opportunities and training in the poorest areas nationwide, according to a statement quoted by the Middle East News Agency (MENA).

Kabil held a meeting with a delegation from the World Bank, headed by Gustavo Demarco, head of programmes at the World Bank, in the presence of chairperson of the Social Fund for Development (SFD) Nevin Game’.

In the statement, Kabil said that the new programme aims to finance training projects for labour-intensive infrastructure projects, including ones related to the environment, health, and literacy.

The statement quoted Demarco as saying that the World Bank is in the current phase focusing on supporting social activities and financing labour-intensive projects in Egypt.

He added that the new funding will have a low expense and will target the poorest and neediest areas in various governorates.

The World Bank has implemented many successful funding programmes in cooperation with the SFD in the field of social safety networks, according to the statement.

At the end of 2015, Egypt signed a $3bn loan agreement with the World Bank, of which the first tranche of $1bn was delivered in September.

In December 2016, Egypt agreed with the bank to receive the second tranche of the loan worth $1bn.