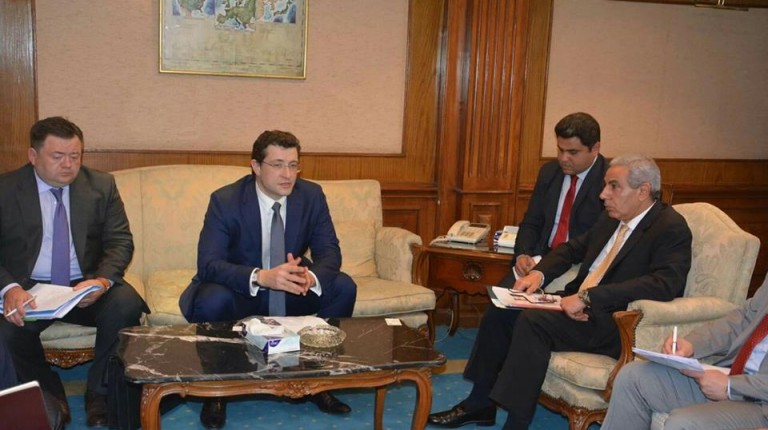 Minister of Industry and Trade Tarek Kabil said that the ministry is now conducting negotiations with the Russian government regarding the details of establishing a Russian industrial zone in Egypt. This comes on top of the priorities of both governments, as it marks a new starting point for strategic relations linking Egypt and Russia.

Kabil added that the agreement will be signed during the Egyptian-Russian meetings scheduled to be held in Moscow in May, noting that the project will bring back Russian industry to Egypt and will open the gates of Africa before them.

This came during an extensive meeting held by Kabil with Gleb Nikitin, first deputy minister of industry and trade of the Russian Federation. The meeting was also attended by a Russian delegation of 35 Russian companies operating in the automotive, pharmaceutical, oil equipment, and energy fields.