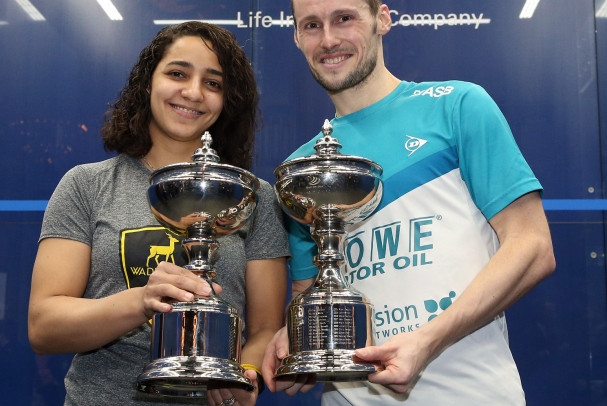 El-Welily commented, saying “even though I lost that first game, I knew that I was on my way to find the right plan.” This is the third consecutive Windy City Open title for the Egyptian champion, who took home the title in 2015 and 2016 as well.

Regarding the men’s final, France’s Gregory Gaultier, ranked third internationally, won against Egypt’s Marwan El-Shorbagy, ranked seventh internationally, with a score of 3-1. El-Shorbagy won the first game 5-11. The French champion did not permit another Egyptian victory and turned the match to his favour by winning the following three games by 11-8, 11-2, and 11-4, respectively.

Gaultier commented, stating “I had to find a solution and put more pace into it and get in control because when I was playing at his rhythm he was just a better player than me.”

This is the second Windy City title for Gaultier, since he won the tournament previously in 2014. Concerning his second victory, the French champion added, “I am really happy. It is amazing to win these kinds of major titles, so it will be nice to see my name on this beautiful trophy once again.”