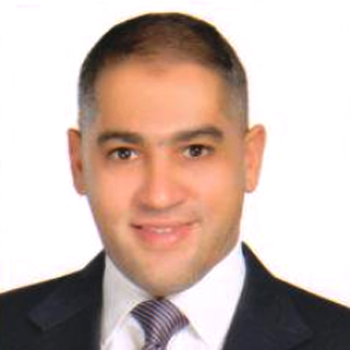 Sakr Group for Food Industries targets to increase its exports this year by 66% compared to 2016.

The company’s chairperson, Ahmed Sakr, said that the company aims to reach $30m of exports in 2017 through its expansion in some of the new markets, along with regaining markets that stopped after the Arab Spring.

Sakr said that the company used to export 50% of its production before 2011, but the Arab Spring negatively affected the export of agricultural crops. For example, Iraq used to import 120,000 tonnes of Egyptian cheese before the 25 January Revolution.

He explained that the company began to export again after periods of downtime due to security disturbances in these countries through contracting on products to be exported and paid in full before travelling abroad.

He pointed to the importance of international exhibitions and their role in promoting Egyptian products, especially as they are the largest gatherings of different clients.

The company is targeting to expand its exports to reach the Arab communities in European countries and the United States, which prefer food manufactured in Arab countries.

He called the state to increase exhibitions allocations to revitalise small and medium-sized companies and provide opportunities of international trade agreements that support the increase of Egyptian exports.

He stressed the need to reconsider the export policies and export subsidies and sign new economic agreements in order to increase exports in various fields.

He demanded that an entity be formed that can gather all relevant government agencies and businesspeople to activate Egyptian exports. This entity would determine the target markets, establish marketing centres in foreign countries, and activate the export support programmes.

He said that Turkey is the most competitive country to the Egyptian market in several European countries and the Gulf States. Turkish companies receive support from the government to expand in exports.

He added that the liberalisation of the exchange rate increased production and packing materials costs for manufacturers.

He explained that the food industry has suffered from the repeated hikes during the last period because of high energy, electricity, and transport prices, as well as the value-added tax (VAT). The successive increase in sugar prices increased production costs for manufacturers.

He added that raids on factories on the part of the interior and supply ministries sent a negative message to investors.

Sakr said that the Egyptian market has great potential, especially in the field of food industry, with more than 90 million consumers.

He pointed out that factories are seeking to expand after applying some government decisions to cut imports, which means increasing opportunities for Egyptian products and local companies to replace imported products with their products.

He said the company is working to develop its production and use the most modern technology in the manufacturing and delivery of products. It also increases spending on research and development to launch new products, as well as to acquire a larger market share.

Sakr added that the skilled labour crisis is one of the most important challenges faced by private manufacturers in light of the lack of attention to training professional and technical workers in Egypt.

He stressed the importance of training during the coming period in order to improve the performance of employees in various sectors.

Sakr said that his company has seven factories in Borg El-Arab, Alexandria, including a cheese factory with nine production lines and a production capacity of 1.7 tonnes per hour.

This is in addition to the Tetra Pak factory and a juice factory with a capacity of 6 tonnes per hour—producing 200mm and 250mm packages. The company also has a cheddar cheese factory with an annual production capacity of 1,500 tonnes, a factory to produce fruit concentrates, and another one for the production of margarine and butter.

He added that his company is the only agent for many international companies in New Zealand, the United States, and Europe. Sakr Group has another company called Sakr for International Investment, which is the only agent and distributor of Fonterra Company’s production of butter in Egypt.

Sakr noted that his company is the leading importer and distributor of canned tuna and mackerel from Thailand, liver and frozen meat from the United States, and frozen fish from different countries—such as the United Kingdom, Mauritania, Ireland, the Netherlands, and others.

El-Marwa plans to export 15,000 tonnes of frozen vegetables this year