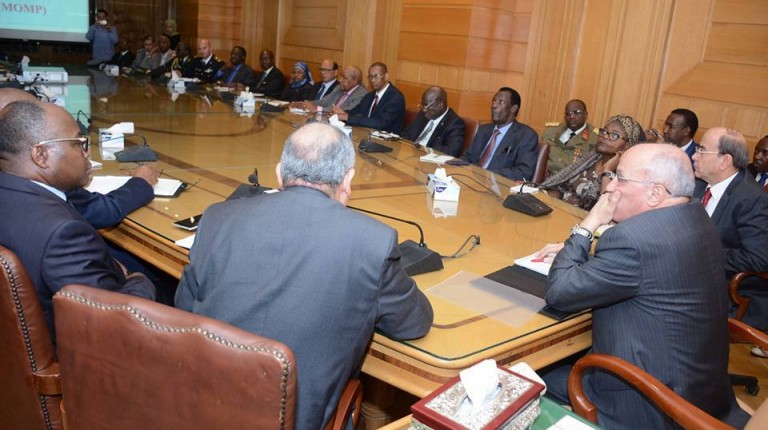 On Tuesday, Egyptian Minister of Military Production Mohamed Al-Assar received a number of African ambassadors to Egypt, in the presence of Assistant Foreign Minister for African Affairs Ahmed Idris. The meeting aimed to discuss ways of cooperation between Egypt and African countries. The ministers reviewed all of the ministry’s products and manufacturing capabilities.

According to Al-Assar, the ministry targets to increase cooperation between African countries and its affiliated factories, aiming to deepen the industrial and economic cooperation with respect to military and civilian products.

He pointed out that the ministry has provided training sessions for Africans in Egypt, noting that 81 trainees from more than 20 African countries were trained in Egypt in the fields of optical fibers and mechatronics, which are the bases of advanced technological industries in African countries.

Al-Assar added that his ministry is always keen to participate in African exhibitions, most recently the Ugandan exhibition which was held in October 2016, as well as the Khartoum exhibition held in January.