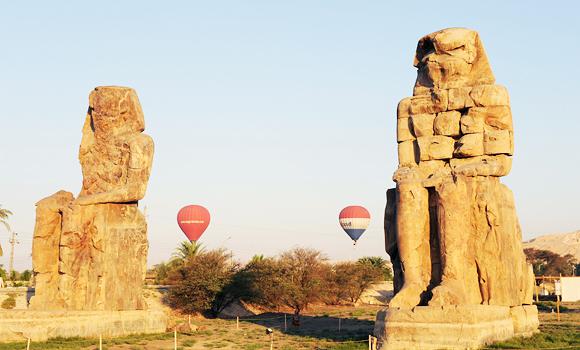 The foreign inflow of tourists visiting archaeological sites and the provinces of Upper Egypt increased over the recent period, where hotel occupancy rates hit 25% in Luxor and 57% in Aswan.

Alaa El-Shahat, head of the Administrative Centre for Antiquities in Cairo and Giza, said that the inflow improved by 50% compared to last year.

He added that the archaeological areas of the Pyramids, Dahshur, Saqqara, and Mit Rahina saw the biggest rise in inflow of foreign tourists recently.

He attributed the recovery of turnout rates to the stability and security in Egypt, noting that some countries lifted their travel bans so their nationals are now slowly coming back to Egypt.

Moreover, he pointed out that the visits of many international figures and foreign celebrities—such as Will Smith—conveys a positive message about the Egyptian tourism destinations.

Meanwhile, he said that Arab inflow is very weak now, as it is still the school year in Arab countries.

He explained that the majority of Arab tourists are more attracted to recreational activities in archaeological areas, such as horse riding near the pyramids.

He added that the influx of Arab tourists to the governorates of Luxor and Aswan to visit the monuments is very weak and insignificant, where the focus of their visits is on coastal areas and Cairo due to the presence of many recreational places.

According to Isaac, the Aswan occupancy rates increased by 30% to reach 57% compared to January, on the back a rising amount of conferences and events. He added that occupancy in Luxor is at 25%.

Mohamed Osman, vice president of the Luxor Chamber of Tourism, said that rates of the influx of Arab tourists to archaeological areas and culture activities has been slowly growing in the past few years.

He explained that the reluctance of Arab tourists to partake in cultural activities in Luxor and Aswan is due to unavailability of their wants, such as theatres, malls, and commercial cinemas.

Israel expects an influx of visitors at Easter