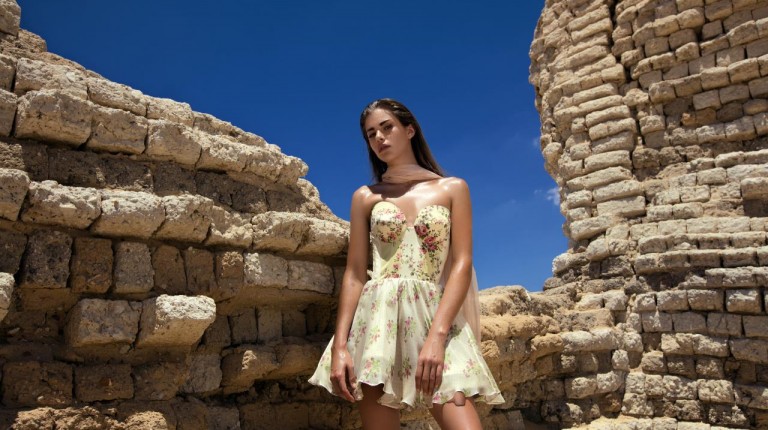 When the legacy of eastern oriental music harmonically combines with the tempo of modern jazz music, a beautiful, heart-touching rhythm naturally finds its way to the audience’s hearts, leaving them joyfully ecstatic from the mixture of traditional songs and new tracks. Inside the walls of the citadel, history retells its stories through music that takes the audience to another world of which only melodies underline its reality.

This was the status of hundreds of fans who attended last week’s “Hakawateya” (The Storytellers) concert by young, independent Egyptian artist Dina El-Wedidi, and the American violinist Chelsey Green with her band, The Green Project.

The concert was produced by the prominent Grammy Award winner, Egyptian musician Fathy Salama, and organised by the American embassy in Cairo as a part of its American “Music Abroad” programme.

For almost three hours, people were delighted with the music of El-Wedidi and Mazaher’s zar ensemble, which reconnected them with folk music and with the most famous and modern jazz soundtracks. The concert provided the attendees with a satisfying mixture of Egyptian folklore with a contemporary charming twist.

“It was quite a unique experience,” Chelsey Green told Daily News Egypt. “I have never experienced a direct collaboration in this way.”

Despite performing for the first time in Egypt, the tempo of the violin and jazz music, along with Greens’ master mixing, set the audience on fire, making them passionately scream for more songs.

“We are here to present the love, passion, and compassion of Americans; and that’s what we received from the Egyptian crowd,” Chelsey noted.

With the political rollercoaster happening in the United States lately and its effect on other countries (especially in the Middle East), The Green Project believes their music could change Egyptian’s perspective of America. They also believe they could help find common ground between all people from different cultures, regardless of their beliefs.

“Performing in Egypt is really historical to us,” Chelsey explained. “Other than it being a great learning experience, being in Egypt presents the message we musicians try to deliver. We want to promote a message of love, peace, and inclusion, and that’s what we [Americans] as people want, regardless of what people see on TV.”

“The embassy has sent us a few selections to consider playing in the concert. As soon as we heard that one [“Shed El Hezam”], it just ‘jumped into our heads’, and it made us feel like it’s something that would fit well with the types of music that all of us could play.”

All three parties practised the new form of the classic song under the supervision of Salama to come with a new form of the song in a way that combines the fast tempo of zar, the glorifying voice of El-Wedidi, and the heart-touching music performed by The Green Project.

“It was incredible and exciting to learn this music from Dina and Fathy,” Green stated with a wide smile. She added, “we learned a lot from them; they taught us how to navigate the music and play it from our own perspective.”

Other than the professional level, people’s intimate interaction with the band gave them the feeling of “being at home.”

“I wasn’t expecting such a warm reception. We didn’t know what they are going to think of us; nonetheless, we found the crowd singing along, dancing, cheering, and clapping. That’s when we got more excited—to see that what we were trying to accomplish through our music was well received,” Chelsey concluded.

I write to tell the story of our generation: Novelist Yasser Ahmed