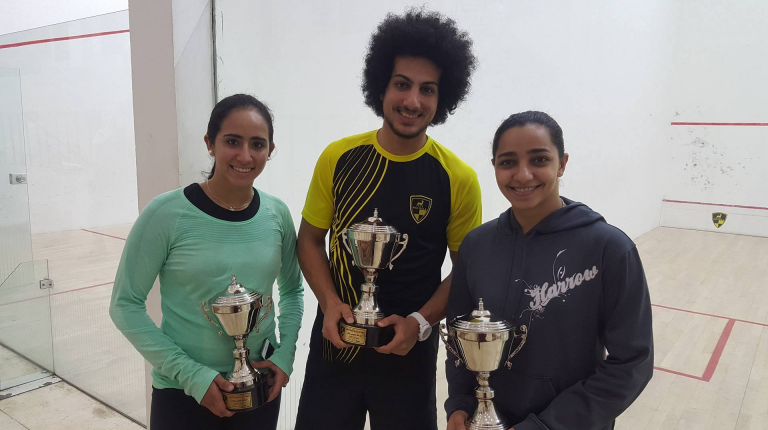 When asked what a national tournament like this means to her, she said, “this is the least I can do for my club, which is always supporting us.”

Both players had previously met in the international tournament of the 2016 Wadi Degla Open’s final, which took place in November. El Weleily snatched a 3-1 victory from her opponent and compatriot.

El-Weleily and Gohar are preparing for two international major events, which are the Allam British Open 2017, to be celebrated in England from 21 to 26 March, and Orascom Development PSA Women’s World Championship, which will be celebrated in Egypt from 5 to 14 April.

“I am very satisfied, as this is my first victory after recovering from my injury,” said Hesham.

This is the first event Hesham joins from a very long time, as he had surgery and was rehabilitated in Houston, USA. Hesham, currently ranked 45th internationally, reached his highest world ranking in December 2015, when he was ranked 13th. He won seven Professional Squash Association titles.