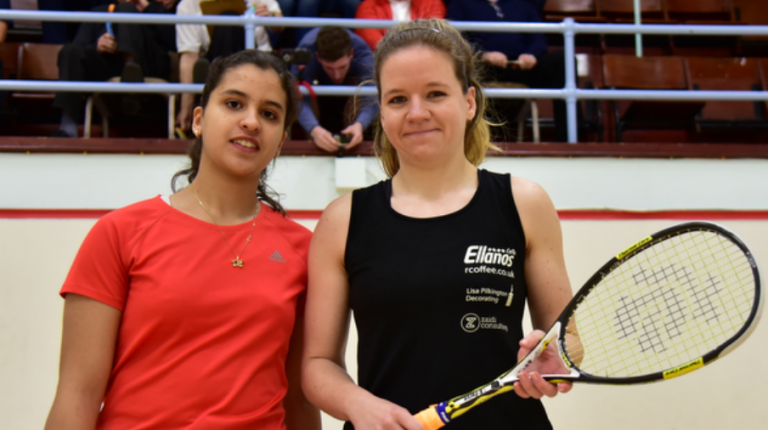 Ranked 126th internationally, Egyptian squash player Menna Hamed was not among the top seeded players in the Riga Ladies Open 2017. However, she managed to win the championship after defeating England’s Victoria Temple-Murray, ranked 191st internationally, in a game that lasted 42 minutes.

Hamed only lost one game throughout the tournament, during the first round of her very first match in the tournament, when she met Hong Kong’s Lee Ka Yi, ranked 75th internationally and seeded 2nd at the championship. However, the Egyptian champion turned the table and won the following three games: 11-2/11-8/11-8, ending the first round’s match 3-1 to her favour and qualifying to the quarterfinals.

Parallel to the Riga Ladies Open, which took place in the Latvian capital from 3 to 5 March, the 2017 Texas Open started on 2 March and ended on 5 March.

El-Torky also lost in the first round, after a battle against England’s Millie Tomlinson, ranked 34th internationally. The English player won the first game 11-9. El-Torky won the second game 11-8. Tomlinson did not lose hope and won the third game 11-7. Once again, El-Torky’s perseverance won her the fourth game 11-9.  The winner of the fifth and decisive game was Tomlinson, who won it 11-5, ending the match to her favour 3-2.

El-Defrawy was the only Pharaoh to survive the first round and managed to qualify to the Texas Open’s quarterfinals. This was after she beat Australia’s Rachael Grinham, ranked 31st internationally and seeded 8th in the championship, 3-0 (11-6/11-7/12-10).

Unfortunately, El-Defrawy lost in the quarterfinals to Australia’s Donna Urquhart, ranked 18th internationally and seeded 3rd in the championship. The match started by El-Defrawy winning the first game 11-6. Urquhart compensated her loss by winning the second game 11-3. El-Defrawy regained her victory, thanks to winning the third game 11-7. The Australian player won the fourth and fifth game, 11-3 and 11-8. Urquhart ended the Egyptian players’ journey in the Texas Open, after she won the quarterfinal match 3-2.