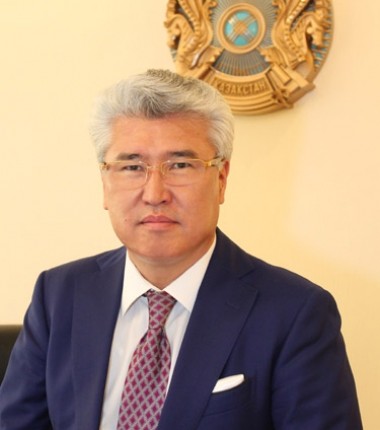 Sahar Nasr, Minister of Investment and International Cooperation, headed the fifth session of the Egyptian-Kazakh ministerial committee for economic, scientific, and technical cooperation, attended by Arystanbek Mukhamediuly, the Kazakh minister of culture and sports.

Total Kazakh investments in Egypt reached $300,000 until late 2016, injected in 13 companies—concentrated in the industrial, communications and information technology, service, tourism, and agricultural sectors.

Nasr called upon the Kazakh side to increase its investments in Egypt and seize the opportunities provided by national projects, as well as utilize the issuance of the new investment law, which will provide large incentives and guarantees for investment in Egypt.

Nasr explained that the government is working on taking social measures that go in line with the economic reforms. They aim to achieve social protection to the segments of society with low-incomes. Nasr stressed that the Egyptian government is committed to continuing and deepening reforms that aim to enhance the business climate in Egypt over the upcoming years.

The investment minister also signed with Mukhamediuly a protocol that included an agreement for the Kazakh side to offer support to Egypt in its negotiations to establish a free trade zone between Egypt and the Eurasian Economic Union (EAEU), as well as study the possibility of implementing new joint projects between Egypt and Kazakhstan in the fields of tractors and agricultural machinery production, in addition to construction and food materials production.

The Kazakh side is expected to benefit from the abilities and expertise of the Arab Organization for Industrialization. The Egyptian side, represented by the Medical Union Pharmaceuticals Company, will take positive steps to establish a joint pharmaceuticals factory in Kazakhstan with a total cost of $20m.

Kazakhstan will benefit from the Egyptian experience in the field of communications, in addition to the exchange of expertise in the field of wind and solar energy. The two sides have agreed to strengthen and encourage scientific and technical cooperation in the agricultural field as well.

Tourism will also be enhanced between the two countries, with more tourist investments being sought in both countries.

The protocol stipulated cooperation between both countries in the field of pharmaceuticals and medical equipment, in addition to benefitting from Kazakhstan’s experience for the establishment of the new Egyptian administrative capital.

The Kazakh side has recommended Egyptian human rights activist and former politician Moushira Khattab for the position of the director general of UNESCO.

Ministry of Industry and Trade to negotiate Egypt-EAEU free trade