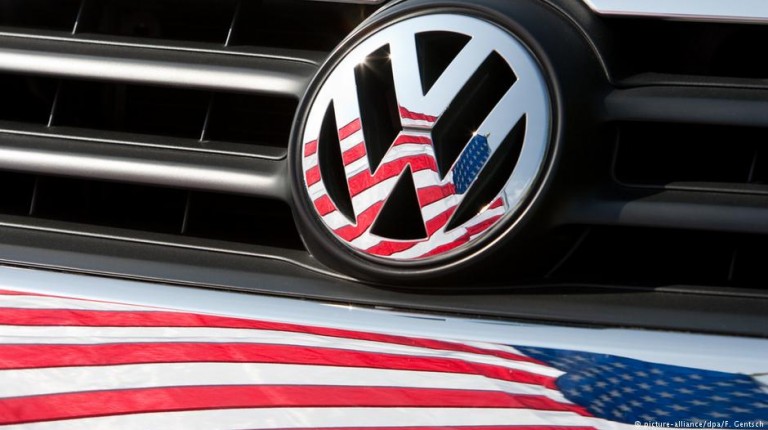 German automaker Volkswagen has pleaded guilty to three felony counts as part of an earlier multibillion-dollar settlement with the US Justice Department. Judges spoke of a “very, very serious crime.”Wolfsburg-based Volkswagen on Friday admitted to conspiracy and obstruction of justice in a scheme to get around US pollution rules.

VW General Counsel Manfred Döss made the statement on the company’s behalf after he said at a hearing in US District Court in Detroit that he was authorized by VW’s board of directors to enter a guilty plea.

Döss confirmed earlier findings that the firm had installed emissions cheating software in nearly 600,000 diesel vehicles in the US to falsify nitrogen oxide emissions tests during laboratory tests.

The German carmaker had already agreed to pay $4.3 billion (4.03 billion euros) in civil and criminal penalties – the largest ever levied by the US government against a vehicle manufacturer.

Summing up the scandal, Assistant US Attorney John Neal said it was a “calculated offense, not a momentary lapse of judgment.”

Even after the scandal broke in 2015, VW employees were busy deleting computer files and other evidence, Manfred Döss acknowledged, adding that the company “pleads guilty, because it is guilty.”

Under the plea agreement, VW agreed to sweeping reforms, new audits and oversight by an independent monitor for three years.

In total, VW has agreed to spend up to $25 billion in the US to address claims from owners, environmental regulators states and individual dealers.