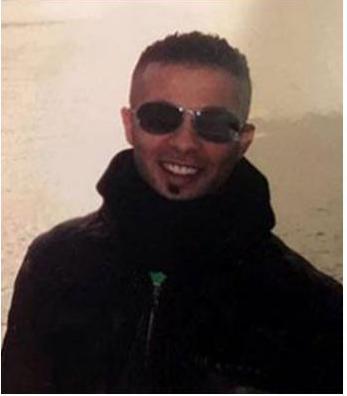 The body of Egyptian citizen Hany Mohamed El-Sayed, who was found dead inside an Italian prison, arrived in Egypt, local media reported.

Cairo Airport reportedly concluded the procedure of releasing the citizen’s body, which is to be sent to the Zeinhom morgue for autopsy and identification of the cause of death. After finishing these legal procedures, the body will be given to the family for burial.

The citizen was found dead earlier this month, yet no proper information has been provided about the reason of his death.

He was in prison serving a four-year sentence due to participating in clashes that occurred in Italy in 2014. Italian investigators said that their investigations proved that the citizen committed suicide.

Two days ago, Egypt’s general prosecutor, Nabil Sadek, had ordered investigations to be opened over the death of El-Sayed. Moreover, the Egyptian embassy in Rome also announced that it is following the investigations of El-Sayed’s death.

Upon hearing about the incident last week, Minister of Foreign Affairs Sameh Shoukry called on the Egyptian embassy in Rome to investigate the case.

The embassy consul headed to Rome—particularly to the prison where the incident took place—and met with the head of the prosecution and the security director to review the Italian authorities’ investigations over the case.

Relations between Egypt and Italy have become tense since the death of Italian student Guilio Regeni, who went missing on 25 January, his battered body being found over a week later on the Cairo-Alexandria Desert Road. This led to Rome recalling its ambassador to Egypt, Maurizio Massari, over the case.

Italy to return ambassador to Cairo after year of diplomatic tensions