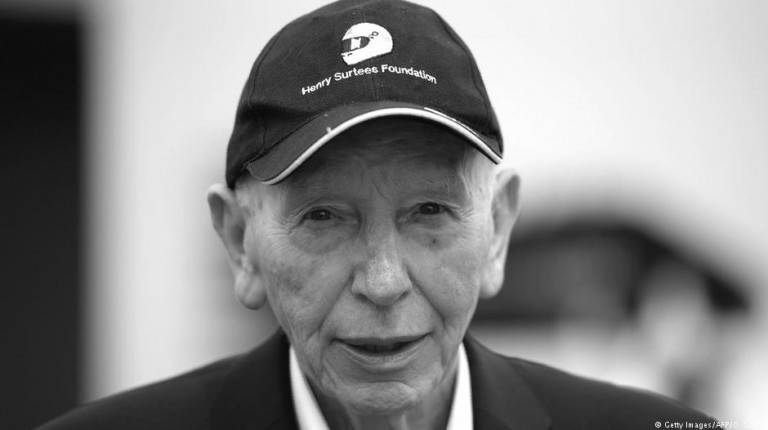 Surtees, who won the 1964 Formula One title after becoming a four-time 500 cc world champion, “passed away peacefully” on Friday with his wife Jane and daughters Leonora and Edwina by his side, a statement issued on behalf of the family said.

The statement added: “It is with great sadness that we announce the death of our husband and father, John Surtees CBE.

“John was admitted to St Georges Hospital, London in February with an existing respiratory condition and after a short period in intensive care he passed away peacefully this afternoon. His wife, Jane and daughters, Leonora and Edwina were by his side.

“We deeply mourn the loss of such an incredible, kind and loving man as well as celebrate his amazing life. He has set a very real example of someone who kept pushing himself at his peak and one who continued fighting until the very end.”

Just four years after the last of those ‘two-wheel’ world titles, Surtees secured his unique place in motorsport history by becoming a ‘four-wheel’ world champion when winning the Formula One drivers’ championship with Italian giants Ferrari.

Surtees’s death sparked a flood of tributes from throughout the motorsport world.

Surtees was awarded Britain’s CBE (Commander of the Order of the British Empire) medal in 2016, although many felt his achievements were deserving of the higher-ranking knighthood.