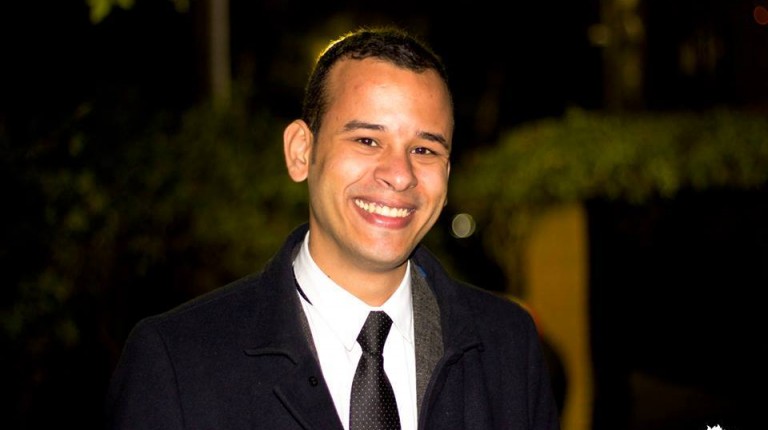 The curse of bars and prisons around the world continues. It is in those places that lives are stolen and tyrants aim at killing the hopes of those who dream of a better future for their country and the end of occupation of their homeland.

Among those dreamers is Palestinian activist Hassan Karajah, held captive in Israeli occupation prisons. Even though I never met him, I don’t know why I always feel a friendly connection between us.

Born in the town of Saffa in Ramallah, Karajah has been carrying the Palestinian cause in his heart since childhood. Karajah was an active member of the popular campaign against the wall and settlements (Stop the Wall). Through his wide-range activities and efforts, he successfully became the campaign’s youth programme coordinator and one of the important human rights defenders on the local and Arab levels. In 2012, Karajah served as the youth ambassador for the Arab Thought Foundation and represented Palestinian youth in Arab and international conferences and events.

In January 2013, Karajah was arrested. Special forces raided his house and assaulted him. He spent 22 months in prison on accusations related to his social work, and was then released in October 2014.

Last July, Israeli soldiers arrested Karajah at a checkpoint near Ramallah; after five days of detention, he received a six-month prison sentence and has since been languishing in Ofer prison with a renewable administrative detention decision—similar to the pre-trial detention process in Egypt, which allows the imprisonment of political opponents for long periods of time without charges. This unjust law applied by occupation authorities enables the harassment of detainees especially in light of the detainee’s lawyers’ inability to obtain documents regarding their legal charges and the automatic renewal of the administrative detention. The laws implemented by the Israeli army on arrests date back to the 1945 emergency mandate law, according to which 750 Palestinians dwell in occupation jails under administrative detention.

At the beginning of his second detention, Karajah’s family was denied visits because he started one of his hunger strikes in solidarity with Palestinian prisoner Bilal Kayed, who was also on a hunger strike under administrative detention before being freed.

Karajah’s attitude did not surprise me—it was an inspiration in terms of endurance and tolerance.

Years and days pass while Karajah sits inside his cell in occupation prisons, deprived from seeing his twin baby girls, Sarai and Kinza, born when he was absent, in jail, away from his wife Thameena Husary who has devotedly supported his case. There is no doubt that the suffering of families of detainees is as painful as that of detainees themselves.

Finally, dear friend whom I never saw, prison cannot be indefinite. Nature tells us that morning follows night, and there will come a day when the detainees’ land is returned to those who once inhabited it.

May you remain the hero who teaches us reverence and nobility.

And to all detainees in occupation prisons and all prisoners of conscience around the world: when the detainees’ land is freed, it will honour you.

Tarek Hussein is a lawyer and assistant secretary of the rights and freedoms committee at Al-Dostour party.