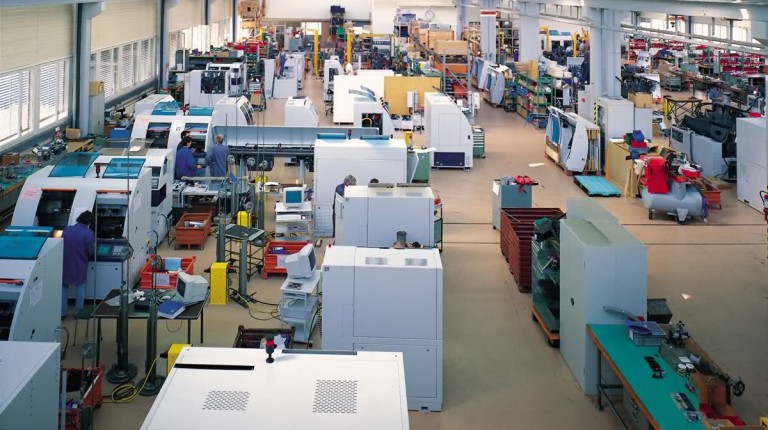 Rubex—manufacturer of plastics and acrylic panels—is planning to complete the development plan of its factories during the second half of 2017, following the completion of the development of the current seven factories.

Magdy El-Taher, chairperson of Rubex, said that there is a plan that includes the development of five other factories, which are complementary to the company’s activity. The plan is to be implemented during the second half of 2017, following the opening of the final phase of the “seven factories development” project in June. The opening of the first phase of the initial project will start at the end of March.

El-Taher told Daily News Egypt that the company availed itself of the flotation of the pound, as it boosted the demand on its exports after products’ values declined as a result. Thus, prices have become attractive to external markets, through which the company entered eight new others.

He pointed out that the company is seeking to enter new African markets for export, such as Malawi, Madagascar, and Morocco, in addition to markets Russia, Erbil in Iraq, and a number of European and Asian countries—while maintaining its presence in nine countries—in an attempt to take advantage of the liberalisation of the exchange rate decsion.

He also expected the value of the company’s exports (in foreign currency) to be doubled by the end of this year and to continue the success in opening new export markets.

Despite the positive repercussions of the flotation on the company’s exports, El-Taher pointed out that it had some negative effects on the business. The flotation of the pound raised the value of the interest in banks, and thus increased the cost of the debt service resulting from loans and credit facilities obtained by the company to finance its factories’ development project, and the interest rates on loans increased from 13% to 18%.

Companies that rely on the revenue of its exports have greatly benefited from the flotation of the Egyptian pound, even if they faced an increase in production costs. El-Taher expected the flotation of the pound to encourage companies to promote their exports and open new markets. This will reflect positively on the results of the companies on one hand, and support the supply of foreign currency in Egypt in general, he added.

El-Taher noted that the company will rely on self-financing in the coming expansion, including the development of factories. He ruled out the option of bank financing, as the company failed to complete the bank facilities.

The second phase is scheduled to open in June, through which the production capacity in the acrylic panels factory will increase to 550 tonnes/month, bathtubs factory to 50,000 bathtub/month, cabins factory to 4,000 cabins/month, and the plastic factory to 875 tonnes/month.

El-Taher said that the company targets to increase its sales to EGP 200m by the end of the current year, supported by the increased production capacities of the targeted development works in the company’s factories.

He added that the company supported its sales through participating in overseas exhibitions during the first half of this year in Morocco, Tanzania, Kenya, and Ethiopia, as well as its participation in the Furnex exhibition last week.

The securities-listing committee agreed recently on increasing the authorised capital of the company from EGP 50m to EGP 500m and on increasing the issued capital from EGP 50m to EGP 95m, which will be distributed over 9.1m shares with a nominal value of EGP 5/share. The company turned to profitability during the third quarter of 2016, and its net profit amounted to EGP 279,000.

Rubex operates in producing all types of plastic products, acrylic panels, bathtubs, and sinks. It is located in the industrial zone in Borg El-Arab area.