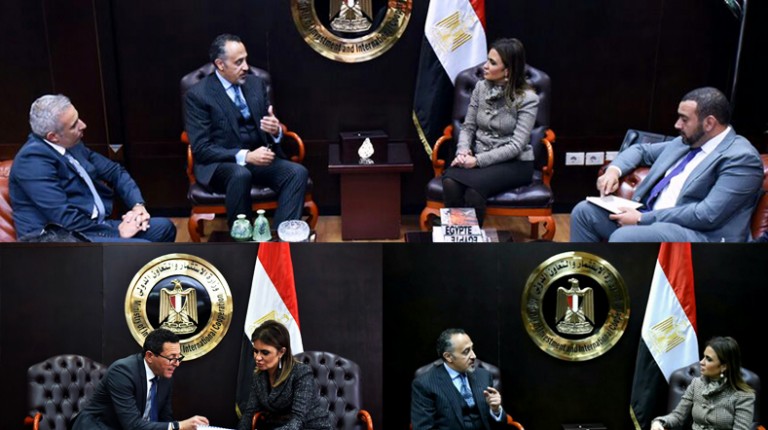 The Minister of Investment and International Cooperation Sahar Nasr held two meetings, one with Hussein Shobokshi, Saudi investor and chairman of Naeem Holding Company, and the other with the head of Majid Al Futtaim Egypt, Abdalla El-Nockrashy, to discuss increasing their investments in Egypt.

According to a press statement issued on Monday, Shobokshi said his company got the approval of establishing the first real-estate fund in Egypt, and its first investment tranche is worth EGP 1bn. He stated that the fund would be used for investing in a diversified construction portfolio that would provide the company with more money. The company would also issue the fund’s shares in the stock market, the statement read.

However, Nasr invited the Saudi investor to increase his investments in other new projects, such as in the New Administrative Capital and the Suez Canal area.

Furthermore, the minister discussed with El-Nockrashy the ways of increasing his company’s investments in Egypt, with Mall of Egypt being the most recent, worth of $722m.

El-Nockrashy said his company wants to raise its investments in Egypt, especially the ones that create lots of job opportunities.

On the other hand, Nasr held a workshop with a World Bank delegation to discuss the implemented procedures in the “Doing Business” report, with the participation of representatives from the finance, electricity, housing, industry, justice, and transportation ministries.

The workshop discussed the steps that are planned to be taken to improve Egypt’s rank in the next report in May, which are licensing investments, starting trade, receiving the approval for using electricity, paying taxes, protecting the investors, trading across borders, and registering ownership.

The minister stated that she is consulting with international institutions in order to improve the investment atmosphere. However, the World Bank’s delegation expressed its admiration regarding the improvements implemented by Egypt in the past period.