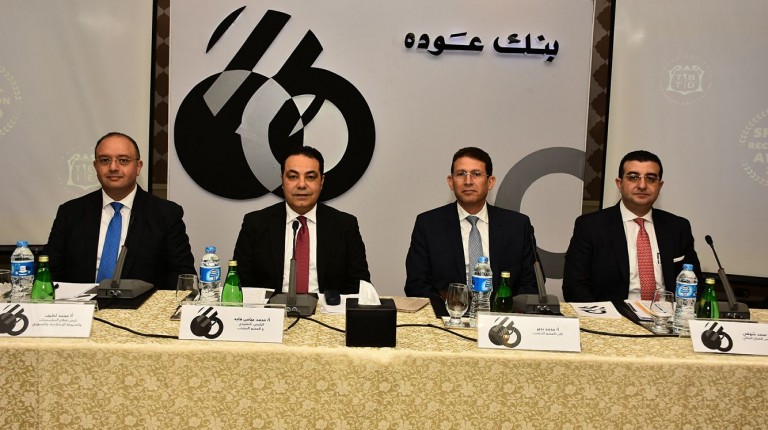 Mohamed Abbas Fayed, CEO and managing director of Bank Audi Egypt, said that the bank signed a memorandum of understanding (MOU) with the European Investment Bank to obtain a loan of $30m.

Chief institutional and Islamic banking officer at Bank Audi, Mohamed Latif, noted that the bank is open to all international financing institutions to serve the Egyptian market. He pointed out that the bank had previously signed two loans with the European Bank of Reconstruction and Development (EBRD) worth $60m, half of which will be used to finance foreign trade, while the other half will be channelled for financing projects.

Latif said that both parties are now reviewing the terms of the loan and will sign the final agreement in the coming period, adding that the loan repayment period is expected to be in the range of five to seven years.

Fayed said that adjusting net profits through excluding the impact of exchange rate changes drops the profits to EGP 734m, accounting for an increase of 40%.

During a press conference held by the bank on Monday, Fayed pointed out that the bank registered a growth in loans of 30% to reach EGP 24.1bn, after excluding the impact of the exchange rate changes.

He explained that the net income from the yield increased by EGP 397m, growing by 36.3%.

He added that total deposits recorded EGP 45.5bn at the end of 2016. The value declined to EGP 39.4bn after excluding the impact of exchange rate changes, registering an actual increase of 23% compared to 2015.

Total assets of Bank Audi amounted to EGP 55.1bn at yearend and EGP 45.2bn excluding the impact of exchange rate changes. This means an actual increase of 21%, compared to its assets at the end of 2015. The capital adequacy settled at 14.3% in December 2016, after adding the year’s profits to the capital base. The ratio reflects good exploitation of the bank’s capital and its sufficiency to ensure continued growth.

Audi Egypt to increase loan portfolio by EGP 4.5bn by end of 2017