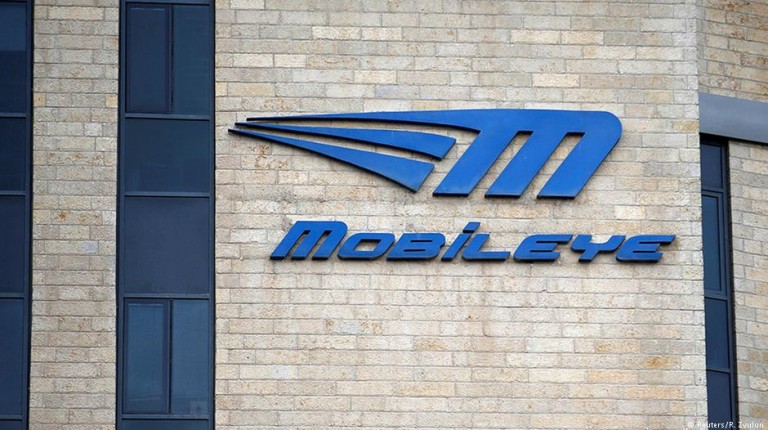 US chipmaker Intel has announced it will buy Israeli tech company Mobileye. With the multibillion-dollar acquisition, Intel wants to obtain a leading role in the production of autonomous driving technology.In what’s deemed to be the biggest takeover of an Israeli technology firm ever, Intel said it would offer $63.54 (59.5 euros) in cash for each share in New York-listed Mobileye, amounting to an overall value of the buyout of $15.3 billion and an enterprise value of $14.7billion.

The US chipmaker plans to integrate its automated driving group with Mobileye’s operations, with the combined entity being run by Mobileye Chairman Amnon Shashua from Israel. The merger will create a portfolio, including cameras, sensor chips, in-car networking, roadway mapping, machine learning and cloud software, as well as the data centers needed to manage all the data involved.

Intel chief executive Brian Krzanich said the deal would merge “the eyes of the autonomous car with the intelligent brain that actually drives the car,” with the goal of positioning Intel as a “leading technology provider in the fast-growing market for highly and fully autonomous vehicles.”

Intel said it expected the transaction to close within the next nine months and to immediately boost its earnings per share and free cash flow. The price represents a premium of around 33 percent to Mobileye’s Friday closing price of $47 a share.

Founded in 1999, Mobileye made its mission to reduce vehicle injuries and fatalities. After receiving an investment of $130 million from Goldman Sachs in 2007, it listed on the New York Stock Exchange in 2014.

The company accounts for 70 percent of the global market for driver-assistance and anti-collision systems. It employs 660 people and had adjusted net income of $173.3 million last year.

Yossi Vardi, seen as the godfather of Israeli high-tech, said the deal was a big endorsement of the whole sector.

“I’m sure that this … will be a very important impetus to create a whole industry related to autonomous and connected vehicles (in the country),” he said.

Because Mobileye’s Shashua will remain in charge and the combined entity will be based in Israel, analysts said they expected it to be far more difficult for rivals to mount a counter offer for Mobileye.

Shashua and two other senior Mobileye executives stand to do well from the deal: together they own nearly 7 percent of the company. Shmuel Harlap, Israel’s biggest car importer and one of Mobileye’s earliest investors, also holds a 7 percent stake.

Cars of the future

Already in January, Mobileye announced a partnership with Intel and BMW to put a fleet of 40 autonomous test vehicles fitted with its safety systems on the road by the second half of 2017.

At the same time, Mobileye teamed up with Intel for its fifth-generation of chips that will be used in fully autonomous vehicles that are scheduled for delivery around 2021.

Across the world, carmakers and suppliers have been setting up new alliances to develop self-driving cars.

Last October, Qualcomm announced a $47 billion deal to acquire Dutch company NXP – the largest automotive chip supplier. This has increased the pressure on other chipmakers seeking to make inroads into the market for autonomous driving components, including Intel, Mobileye and rival NVIDIA.

BMW teams up with Intel, Mobileye