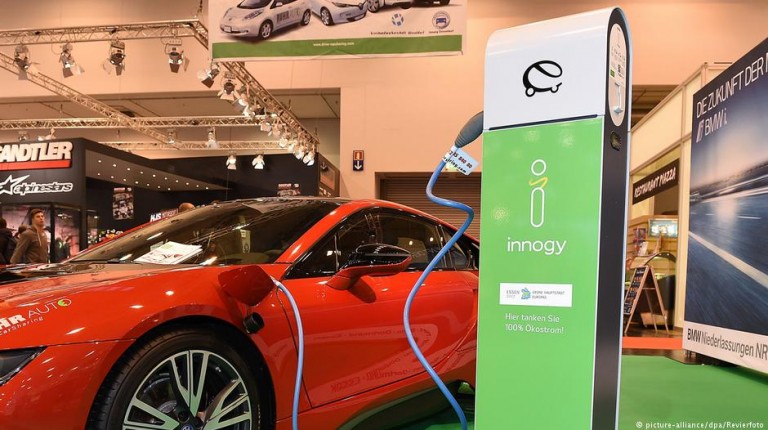 In its first fiscal year as an independent company, German green-energy firm Innogy has met all its major targets. Lower revenues and net profit had been penciled in as additional modernization costs weighed on results.As Germany’s largest energy company in terms of market capitalization, Innogy earned external revenue of around 43.6 billion ($46.7 billion) in fiscal 2016.

That marked a 4-percent decline year on year, but was fully in line with in-house forecasts, the Essen-based firm announced on Monday.

Bottom-line earnings came in at 1.5 billion, down 6 percent from a year earlier, but also in line with expectations.

The firm attributed the drop to additional costs incurred to maintain and upgrade network infrastructure. In addition, wind levels were much lower which had a negative effect on the utilization of the company’s wind farms throughout 2016.

Innogy came into being when German utility RWE sold its green energy businesses in hopes to raise enough money to restructure its conventional power plants and make them profitable again.

“We promised a lot for 2016, and we have kept those promises,” CEO Peter Terium said in a statement on the company’s website. “In terms of earnings targets, we made a precision landing, and our investors can expect even higher earnings for 2017.”

On the basis of the full-year results, Innogy’s executive board and the supervisory board said they would propose a dividend of 1.60 euros to be paid per share for 2016.

The largest beneficiary would be RWE itself, as it still holds about 77 percent of Innogy shares.