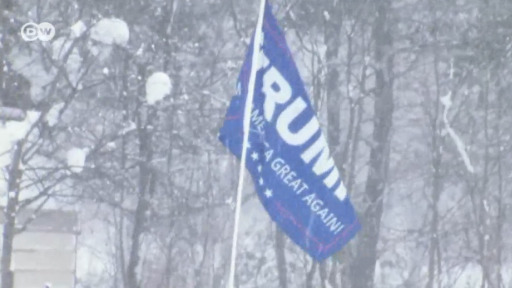 Positive economic conditions, marked by falling unemployment and accelerating inflation, have increased the odds of the US Federal Reserve raising its benchmark interest rates at its ongoing policy meeting.The US Federal Reserve (US Fed) on Tuesday began a two-day policy meeting, during which it is widely anticipated to hike its benchmark interest rates by a quarter percentage point.

Any increase in the key federal funds rate would come a bit earlier than had been expected at the start of the year. Many observers then thought the Fed may put off rate raises for a while until more is known about President Donald Trump’s economic agenda.

But continued robust job generation and accelerating inflation have prompted US central bankers to signal a shift in their strategy.

On Wednesday afternoon, the Fed is now almost universally expected to raise lending rates from their current range of 0.5 to 0.75 percent.

Inflation up, joblessness down

It would mark the first rate increase by the Federal Open Market Committee, which sets the federal funds rate, since last December and under Trump’s presidency.

The move would reflect the central bankers’ attempt not to fall behind the curve on inflation – a measure that the Fed pays close attention to while deliberating on its monetary policy.

It indicates the overall rise in prices of goods and services in an economy over a period of time. While there are several price indexes that track different products and services, the Fed’s favored inflation measure in January hit its fastest 12-month pace in four years.

Fed policymakers have a 2 percent inflation target and track a measure that is currently at 1.7 percent.

The Fed will get one more piece of inflation data on Wednesday morning, with the release of the latest consumer price index for February, before it takes the decision on a rate hike.

Another key indicator, the jobless rate has continued its downward trajectory over the past year. Standing currently at 4.7 percent, it is at or near the level many policymakers view as the long-term norm for the US economy. Employment creation, meanwhile, has been solid, with over 200,000 new jobs generated in each of the past three months.

The US economy appears to be in good shape, buoyed by steady consumer spending and rising business investment. GDP expanded 1.9 percent in the fourth quarter of 2016.

While US growth already outperforms many of its fellow developed economies, it still falls short of President Trump’s stated objective to return the world’s largest economy to four percent annual growth.

To reach that goal, Trump plans to bolster infrastructure spending, cut taxes, roll back regulation and renegotiate free trade deals. But there has so far been a lack of clarity when it comes to the policy details.

That’s why investors will watch carefully when the Trump administration presents its fiscal 2018 federal budget plan on Thursday.

Optimism that Trump will push through with promises of tax reform and other growth policies has boosted the US stock market to successive records in recent weeks.

Should the president manage to execute his policy agenda, it could accelerate growth further and spur higher inflation. That would necessitate a faster pace of rate increases from the Fed.

The question for Fed watchers now may well be how many times it may act during the rest of 2017, with the next meeting set to occur in June. The Fed previously forecast a total of three rate increases this year, but that figure could change.

The central bank raised rates in December for only the second time in a decade, since slashing them to an unprecedented near-zero level at the peak of the 2007-08 financial crisis.