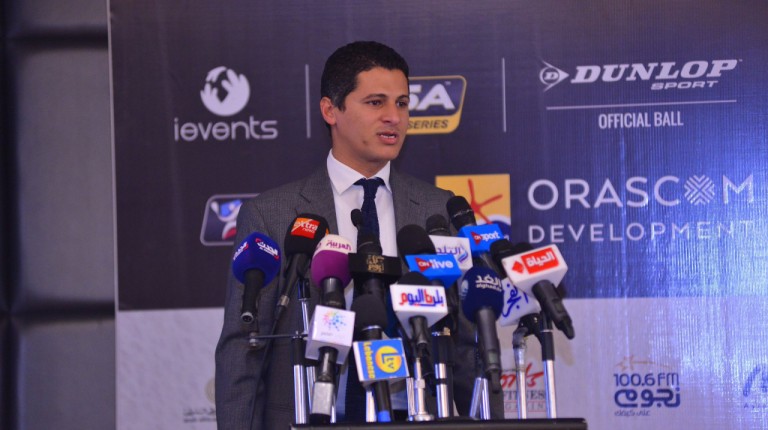 This year, El Gouna Egypt announced plans to host El Gouna International Squash Open Tournament for men, in addition to hosting the Orascom Development PSA Women’s World Championship. While this will be the sixth time for the men’s open to be hosted in El Gouna, the popular resort will be hosting the women’s championship for the first time ever. The tournament, which will start on 5 April and run until 14 April, is being held under the auspices of both the Minister of Youth and Sports and the Egyptian Tourism Authority.

56 leading squash players from 20 countries—Egypt, the United Kingdom, France, the Netherlands, Malaysia, India, Pakistan, Germany, Switzerland, Finland, New Zealand, Kuwait, Malta, Italy, and Spain—will take part in the tournament, with players competing for a grand cash prize of $165,000 for women and $150,000 for men. El Gouna International Squash Open Tournament is one of the biggest seven international tournaments, with its ranking based on the prize money and tournament points.

Talking about the planned tournament, Amr Mansi, former national squash team coach and the man behind the sporting championship, said, “the idea of organising one of the biggest international squash competitions was a childhood dream,” adding that he was proud to be able to bring such an important sporting event to El Gouna, with the support of both eng. Samih Sawiris and eng. Naguib Sawiris, who were keen to see the tournament become a reality. “I believe that the tournament comes at an important time for Egypt,” he continued. He added that “it will send the world a message of peace; a message that shows how Egypt is and will continue to be a safe country that is capable of organising mega sporting events on the international level.”

The two tournaments have earned a lot of attention and garnered significant support from the private sector in addition to the government, with expectations that the popular game will garner significant international attention and help in returning Egyptian tourism.