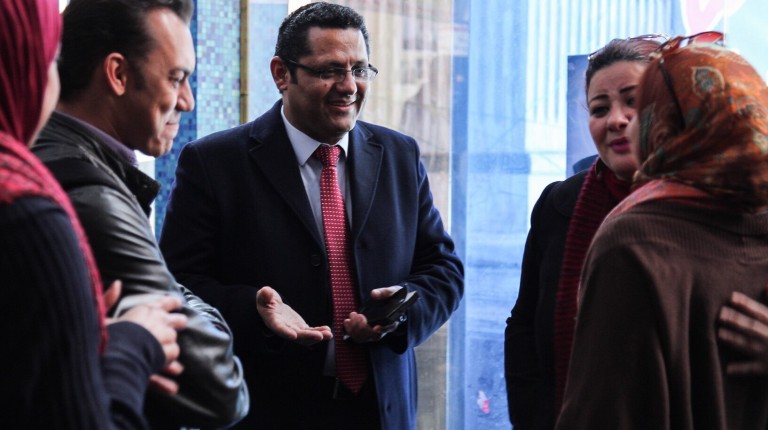 Candidates for the Press Syndicate’s upcoming elections were keen to develop a plan for improving conditions of journalists’ salaries and allowances of those registered with the syndicate, especially since these improvements have long been demanded by journalists working in both national and private press institutions.

Plans of the candidates varied from amendments of current legislations, negotiations with the government, and other alternatives related to hiring experts or searching for further funding sources.

In this regard, Daily News Egypt spoke to a number of candidates for more explanations on ways of implementing the aforementioned plans.

The syndicate’s current head of the Freedom Committee, Khaled El-Balshy, told Daily News Egypt that “for fair discussions and finding appropriate solutions for journalists salaries, a general conference should be held with the attendance of economic experts.”

El-Balshy continued that hiring economic experts will assist in providing proper suggestions that will suit the country’s current economic conditions. The conference is supposed to take place during the first three months of the new council’s formation, he stated.

This suggestion was in regards to improving the financial conditions of the press institution as a whole.

As for salaries, El-Balshy clarified that there is also the problem that a number of newspapers are not committed to the financial conditions of the new contracts of journalists.

The new contracts stipulate that the minimum wage of each journalist should be EGP 1,200 per month, which a large number of journalists do not receive.

El-Balshy said, “first let’s attempt to fully activate the minimum wages and then we will work on increasing it.”

When asked about plans of increasing allowances and if that would clash with the country’s economic issues, he said they are planning to include allowances within the journalists’ incomes that can increase on a periodic basis. He also added that this method will be discussed with the experts.

The journalist also believes that the legislations require amendments since they were prepared decades ago.

All the aforementioned journalists stressed on the necessity of activating court rulings for increasing journalists’ allowances.

The managing editor of state-run Al-Ahram, Abdel Mohsen Salama—who is running for the position of syndicate president—said that the economic situation the newspapers are facing is very difficult. The syndicate should take due care of this. “The profession is facing dangers.”

He suggested that printing material, paper, ink, and machines should all be subsidised when newspapers use them. He added that subsidising such elements is part of the national security of the country.

“The pressures are even on government-controlled newspapers, which are also suffering from financial problems,” he said.

366 violations against freedom of press in second half of 2015: AFTE