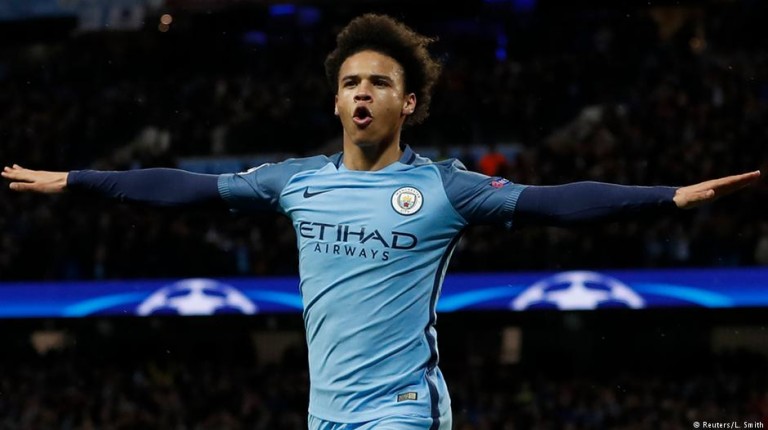 Leroy Sané has gone from being a promising young talent who couldn’t get into the side to the first name on the team sheet at Manchester City. Since this happened, the Citizens have experienced a change in fortunes.Leroy Sané has made it at Manchester City, and in the past few matches, the 21-year-old German international has been one of their best performers. The main reason for his sudden spike in form is the position in which he is being played – out on the left wing, a role where he is able to bring his immense speed and technical ability to bear.

The combination of Sané and teammate Raheem Sterling, who offers similar pace on the right hand side, has enabled City to regularly break through opposition defensive lines, as they did five times in the first leg of the Champions League last-16 tie against Monaco, when each of them scored.

Since then, the Citizens have gone on an unbeaten run of 11 matches, and they will be hoping to keep this streak going when they face Monaco in the second leg on Wednesday evening. It has become hard to imagine a Manchester City starting lineup without the duo of Sané and Sterling.

However, it isn’t that long ago that it looked as if City had no need for the former Schalke starlet as the club won its first 10 competitive matches without the German.

There were high hopes for Sané when he swapped the Bundesliga for the Premier League. Gelsenkirchen and Manchester may both be working-class cities but Sané soon realised that the Etihad Stadium was a much bigger stage.

The player who had been a regular member of the starting XI for Germany’s Royal Blues now found himself on the bench for Manchester’s Sky Blues – despite the fact that City had paid a reported 50 million euros ($53 million) for him. As he was languishing on the bench in northern England, Schalke fans will have sorely missed him at the start of the season in particular, when their team went five games without earning a single point.

But that was yesterday. Sané waited patiently for his opportunity, which only came after star coach Pep Guardiola began to come under fire for his team’s performances. Defeats to Chelsea, Leicester, Liverpool and Everton put City’s declared goal of winning the Premier League this season in severe doubt.

Gradually, Sané began getting more playing time and when he did, he seized the opportunity. Since then, the Citizens have turned things around – even if the goal of winning the league has slipped beyond their grasp, with a 10-point gap having opened up between them and leaders Chelsea.

“I have arrived in Manchester, I feel at home here. The future looks bright for me,” Sané said recently.

This will no doubt please the Schalke fans who wish him well despite the fact that he left Gelsenkirchen for England’s north-west. As for Sané, one can only assume that he is happy to see that Schalke, in 11th place in the Bundesliga, have recovered (at least somewhat) from their disastrous start to the season.