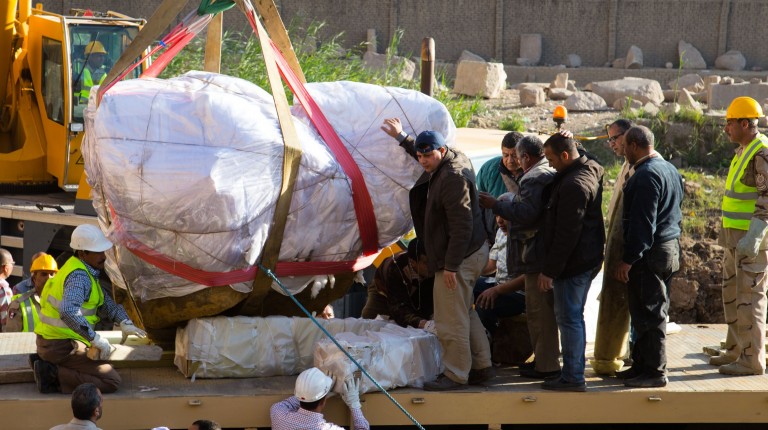 The statue belonging to the 19th dynasty king of Ramses II and other antiquities discovered in the district of Matariya earlier this week was transported to the Egyptian Museum in Tahrir Square, state-media reported on Thursday.

The statue reportedly weighs 8.5 tonnes, in addition to other parts and the head, which weighs 1.5 tonnes, the report stated, citing cited sources from the Ministry of Antiquities.

The armed forces participated in the transfer procedures. State-run media reported that a press conference by the tourism and antiquities ministries will be held at the museum on Thursday evening.