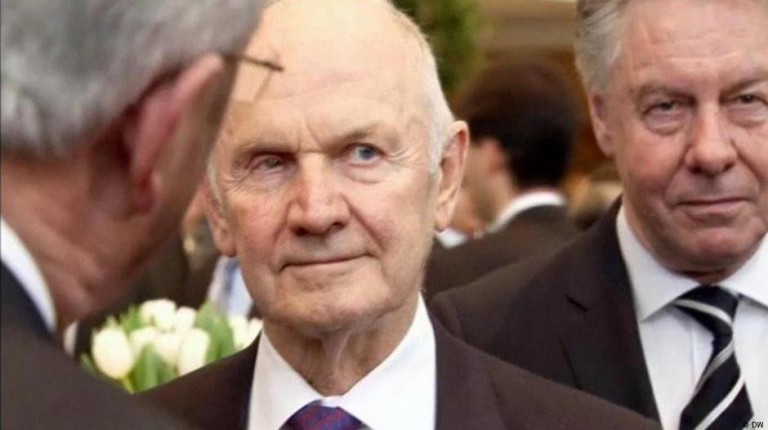 Former Volkswagen Chairman Ferdinand Piëch is in talks to sell his shares in the firm. The long-term patriarch helped the carmaker to become a giant, but more recently fell into disgrace with executives.Negotiations are underway that could result in long-time Volkswagen patriarch Ferdinand Piëch selling all or at least the majority of his shares in a holding that technically controls the world’s largest carmaker by sales.

The Piëch and Porsche families own more than 50 percent of Volkswagen through Porsche Automobile Holding SE.

The holding company announced Friday that the families were in talks over whether Piëch would transfer “the major part of his ordinary shares” to other family members.

Piëch, a former Volkswagen chief executive and a dominant figure at the automaker for years, resigned as head of the supervisory board in April 2015 after losing a boardroom battle with the then CEO Martin Winterkorn.

Porsche SE said Friday “it is still unforeseeable whether the aforesaid changes in the shareholder structure will in fact occur at the end of the day.”

Piëch has widely been credited with positioning Volkswagen to become Europe’s largest carmaker.

Media reports suggest large parts of the current management would love to see the influence of Piëch further diminished, following recent attacks by the 79-year-old billionaire.

He claimed that many members of the supervisory board had known about VW’s large emissions-cheating scandal long before it was uncovered by US regulators in September 2015.