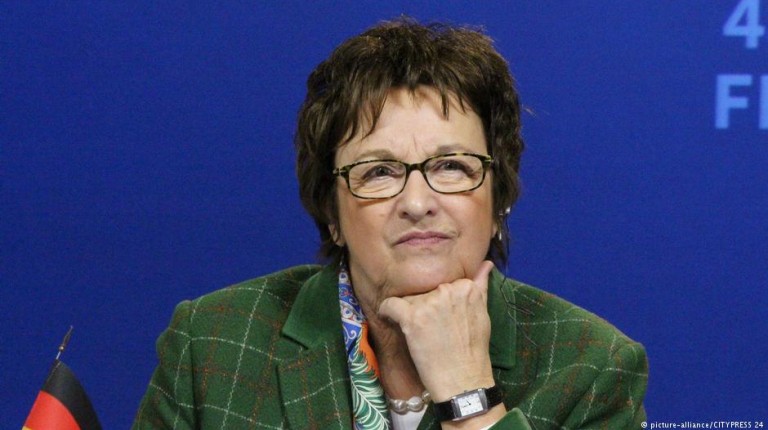 German Economy Minister Brigitte Zypries has said Berlin would take Washington to court if it were to impose a border tax on imports from Germany under Donald Trump’s “America First” policy favoring US exports.The German Economy Minister warned Washington against unleashing a trade war, saying Berlin would take legal action before the World Trade Organization (WTO) if it were to follow through on its import tax plans.

“I’m betting partly on reason and partly on the courts” to prevent a damaging trade war, Zypries told Deutschlandfunk public radio on Friday.

The warning came as Republicans in Congress are pushing for a major shake-up of the US corporate tax system that would include a new “border adjustment” system. It would see US imports subject to a tax of reportedly 20 percent and export revenues exempted.

If the US border tax was found to breach WTO rules, “it wouldn’t be the first time that Mr Trump has failed before the courts,” Zypries said, in a jab at repeated rejections by US judges of executive orders banning immigration from majority-Muslim countries.

In 2016, the United States was Germany’s biggest export customer, importing 107 billion euros ($115 billion) of goods while selling back just 58 billion euros’ worth. During the US election campaign Trump targeted the German luxury carmaker BMW by name with threats of a border levy if it goes ahead with construction of a plant in Mexico.

The new US president has also singled out exporting nations Germany and China for unfair trade policies, accusing them of manipulating their currencies to make their goods less expensive.

But Berlin has repeatedly said that German products were simply better and that the US should focus on producing more competitive manufacturers.

However, Zypries also acknowledged that Germany’s huge trade surplus with the US was a “problem,” adding that Berlin was acting to reduce it. She also stressed that “Americans need our machines and industrial plants” for the time being.

Her prediction was, she said, that Trump’s advisors would warn him that “the Americans would be cutting off their nose to spite their face if they slap such taxes on imports.”

Gearing up for WTO challenge

The EU and other US trading partners have begun laying the groundwork for a legal challenge to a US border tax proposal in a move that could trigger the biggest case in WTO history.

The Trump administration has criticized WTO rules that allow countries with VAT-based tax systems to offer rebates on exports while income-based systems such as the US’s cannot do the same.

“The unequal treatment of the US income tax system under biased WTO rules is a grossly unfair subsidy to foreigners exporting to the US and a backdoor tariff on American exports to the world that kills American jobs and drives American factories offshore,” White House top trade advisor Peter Navarro said recently.

Chad Bown, an expert on WTO trade disputes at the Peterson Institute for International Economics, has estimated that a US defeat before the WTO could unleash trade retaliation by other countries worth $385 billion a year. That would be almost 100 times greater than the largest WTO finding to date.

Should the US ignore a WTO ruling, as Donald Trump has threatened in the past, it could lead to the unraveling of the international system designed to prevent trade wars, Bown added.