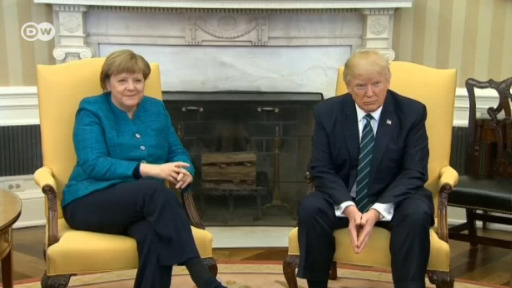 Amid growing protectionist rhetoric and fears of increasing barriers to trade across the world, German business leaders look at the new Donald Trump administration in the US with cautious optimism.German firms should remain bullish about their access to the American market, despite talk of trade imbalances and new tariffs, a panel of business leaders that included BMW’s president and CEO for North America, Ludwig Willisch, said Friday.

The panel discussion was organized by the German American Chamber of Commerce (GACC) in Berlin.

Still, it remains to be seen whether the administration can achieve its goals.

And the possibility that Trump could penalize overseas firms including German automakers with higher tariffs – something he has threatened several times in the past – looks set to overshadow the trading relationship between Germany and the US.

“That would put every manufacturing firm in the US at a clear disadvantage,” said Willisch.

Other participants in the panel discussion included top executives of German multinationals such as the chief financial officer of chemical firm BASF as well as the president and CEO of auto components supplier KOSTAL North America.

The event took place at a time when trade protectionism appears to be on the rise across the world.

On Friday, German Chancellor Angela Merkel met Trump in the White House to discuss a host of bilateral and international issues, including trade-related ones. Merkel’s entourage to Washington comprised of highflyers of German industry, such as chairpersons of global giants such as Siemens and BMW.

On March 17-18, Germany is also hosting a gathering of the finance ministers and central bank chiefs of the G20 – a club of the world’s 20 most influential developed and emerging economies.

The future of free trade is dominating the discourse among policymakers since the election of Trump, whose opposition to free commerce and inclination towards narrowly tailored definition of American interests has unsettled allies.

Trade imbalances are a particular source of irritation for Trump, complicating the American relationship with Germany, an export economy whose trade surplus last year rose to a record 252.9 billion euros.

US Treasury Secretary Steven Mnuchin, for his part, has already signaled that trade deficits are his biggest concern, telling German Finance Minister Wolfgang Schäuble in a Thursday meeting that “imbalances have to be dealt with.”

The big question is how this rhetoric could transform into action that negatively affects German businesses operating in the US.

The panelists at the GACC meeting in Berlin were quick to point out the critical role German firms play in the US industrial value chains. Furthermore, these companies are big employers.

Still, uncertainty remains high, they agreed, and several said they expected the coming months to offer a clearer picture of the concrete steps Trump will take toward the economy and overseas manufacturers.

Another growing concern for German firms in the US is the lack of technical skills among potential employees in the world’s largest economy. It’s a problem identified by 69 percent of respondents to a GACC poll conducted last year.

The system of specialized apprenticeships that produce qualified workers in Germany is lacking in the US, many firms lament. And efforts to replicate the German system are difficult, said Walter Maisel, CEO of KOSTAL North America.

Other concerns include the ripple effects of major economic changes across the US. Drastic regulatory changes by the Trump administration may be profitable for firms in the short term, but they could be problematic if not harmonized with trading partners, panelists said.

Most of them still agreed the short-term picture was rosier.

“I think that the US will continue to be an active and productive member of the international trade community,” said Benno Bunse, director of Germany Trade and Invest, a government agency that promotes German business. “We’ll continue to see difficult discussions. But at the end of the day we’ll have positive developments.”

We really don’t know clouds at all

The ending of a beautiful friendship?

Bundesliga: What to watch out for on Matchday 25