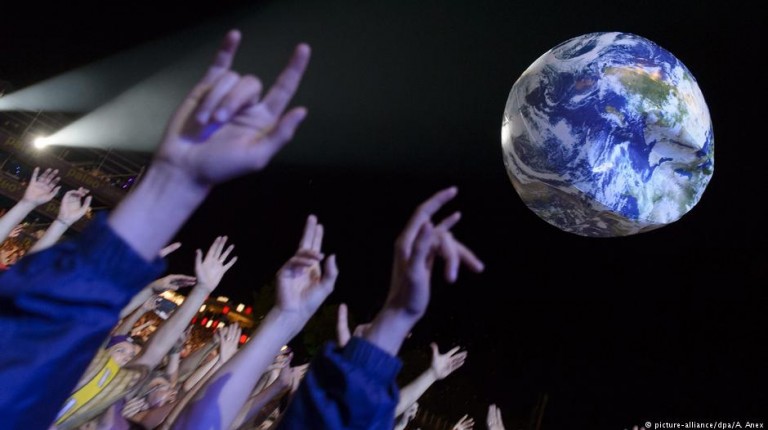 As the G20 finance ministers meet in Germany, a statement has raised concerns that the world’s biggest economies might scale back climate funding pledges made in Paris and shift the burden onto the private sector.A group of companies working in endangered rainforest regionsare publishing an open letter to the G20 Ministers urging them to provide appropriate financial mechanisms and incentives if they plan to increase the contribution of private industry to tackling climate change.

The letter came in response to a statement obtained by Bloomberg News ahead of the G20 meeting, in which the ministers said they would “encourage multilateral development banks to raise private funds to accomplish goals set under the 2015 Paris climate accord.”

In July 2016, the finance ministers had issued a communiqué urging governments to quickly implement the Paris Agreement. In it, they also called on wealthy nations to make good on their commitment to mobilize US$ 100 billion annually to cut global greenhouse gas emissions. Critics say the new statement indicates a change of course:

“It basically says governments are irrelevant. It’s complete faith in the magic of the marketplace,” Jon Kirton, director of the University of Toronto G20 Research Group said in an interview with Bloomberg. “That is very different from the existing commitments they have repeatedly made.”

Less commitment to the Paris Agreement?

The draft statement set alarm bells ringing with the Asia Pacific Rainforest Partnership Private Sector Roundtable, a group of companies working in endangered rainforest regions. They describe themselves as “representatives of the business community in Asia Pacific, one of the world’s regions most exposed to the impacts of climate change.”

In the open letter, they say the ministers will need to provide financial mechanisms that increase return and decrease risk, if they want to increase involvement from the private sector.

Gap in climate action and funding

Germany, which currently holds the G20 presidency, has been pushing climate action on the G20 agenda, although a study published this week suggested rising emissions from road traffic have put the country’s own goal of reducing its CO2 emissions by 2020 by 40 percent in jeopardy.

The business alliance welcomes the focus on climate action and stresses that “in spite of the sweeping changes in global politics, there is one area where we cannot afford to waver in our efforts, and that is climate change.”

The group draws attention to the “critical gap that still exists between ambition and reality in efforts to combat climate change.”

Despite the progress made in financing over the last year, the letter states “we are still far off from reaching the US$ 100 billion annual target by 2020 to support climate action, and still far from creating the needed incentives to spur the level of investment required to limit global temperature increase to two degrees, much less the 1.5 degrees Celsius target, above pre-industrial levels by 2020.”

Focus on farming and forests

The business leaders say more attention has to be paid to land management to reduce carbon emissions. They say improving agricultural and forestry practices to sequester additional carbon offer greater potential for “near-term carbon mitigation” than any other strategies. “Yet land use solutions are currently garnering less than five percent of public climate finance,” they add.

“We need to be investing as much in land use solutions as we are in clean energy. To make this happen, companies and investors with money to invest in reducing emissions require greater stability and the establishment of a clear and long-term framework which will stimulate these types of investments.”

The group wants carbon mitigation efforts such as forest restoration and agro-forestry to be valued like competing land uses, and suggests a price on carbon or emissions trading schemes as possible mechanisms.

Some of these measures have also been presented to the G20 ministry by the Task Force Climate Policy and Finance, a grouping of scientific think tanks set up to advise the German G20 presidency. Their proposals include the rejection of subsidies for fossil fuels and a review of carbon pricing in the very near future.

One of the authors of the report Ottmar Edenhofer, a climate economist and director of the Mercator Research Institute on Global Commons and Climate Change (MCC) which heads the task force, said ahead of the ministers’ meeting that climate change should top the agenda.

In a statement to the media, he stressed the risks posed by climate change for financial markets were often underestimated.

Uncertainty over US commitments

The meeting of the most powerful economies’ finance ministers is expected to be dominated by talk about whether to commit to free trade, as previous meetings have – or implicitly accept that some countries may put up barriers, like tariffs, as threatened by US President Donald Trump. This will be the first G20 meeting for the new US Treasury chief Steven Mnuchin.

But the climate issue looms large in the background, as the international community waits to find out whether Trump will make good on his election promise to pull the US out of the Paris Agreement. His blueprint for the US budget, revealed this week, includes drastic cuts for the Environment Protection Agency (EPA) and the State Department – amounting to 31 percent and 29 percent respectively – which are bound to affect the climate issue.

The World Resources Institute (WRI) wrote it in a statement:

“Climate change initiatives in State, [US]AID and Treasury would be slashed dramatically, with the Trump Administration calling for the ‘Global Climate Change Initiative’ to be completely eliminated. The GCCI is how the United States offers all of its bilateral or smaller multilateral funding out of the Special Envoy on Climate Change Office and aid. Payments to UN climate change programs such as the Green Climate Fund and Climate Investment Fund would also cease.”

Manish Bapna, WRI’s managing director, told journalists the administration should respect science and continue to respond to the growing impacts of climate change.

“Human-caused climate change is already contributing to severe droughts and food shortages and accelerating the migration of people. Slashing climate and clean energy funds will undermine US business and diplomatic interests and lead to greater security risks for us all.”

The final communiqué of the two-day meeting is expected by Saturday evening.