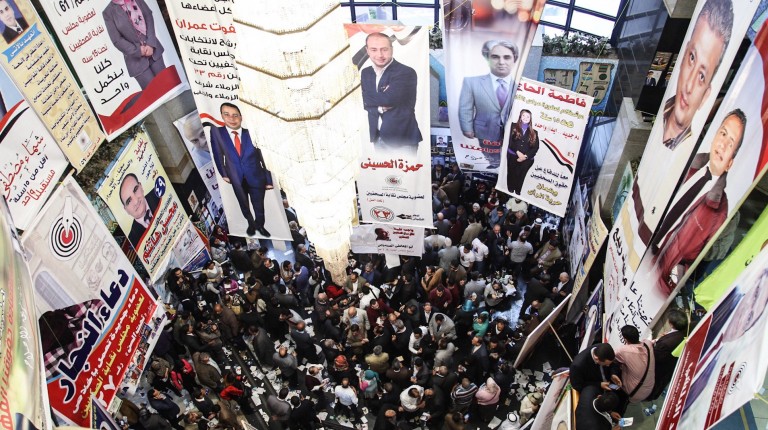 After the election of Abdel Mohsen Salama as new president of the Press Syndicate on Friday, the syndicate announced six new winners of board council seats.

Amr Badr, the face of the syndicate’s crisis with the Ministry of Interior in May, became a member of the council. Badr had been detained for almost four months, following taking shelter at the syndicate after a continued pursuit for him by security personnel for publicly opposing the Egyptian-Saudi maritime border agreement.

Although Badr was released from custody, the former Press Syndicate president, Yehia Qallash, and two of his deputies, Gamal Abdel Rahim and Khaled El-Balshy, were tried on charges of harbouring suspects.

As Qallash lost the elections to Abdel Mohsen Salama, Abdel Rahim was the only one of the three that made it to the council. The case against them is to witness a final verdict on 25 March.

For his part, Qallash commented in a Facebook post on Saturday, stating that he “appreciated the general assembly of 4 May”—where he claimed that nearly 4,000 journalists gathered in the aftermath of the police forces’ storming of the syndicate.

“Along with my colleagues, we have put efforts into serving journalists, defending this syndicate’s dignity, and preserving freedom of expression and opinion,” Qallash added.

This comes as El-Balshy also posted to his Facebook on Saturday, saying that he will “dedicate his time to defending a free country, without dictatorship, corruption, and an authority that sells the land and puts the future on mortgage,” referring to the Red Sea islands deal and asserting that “Tiran and Sanafir islands are Egyptian.”