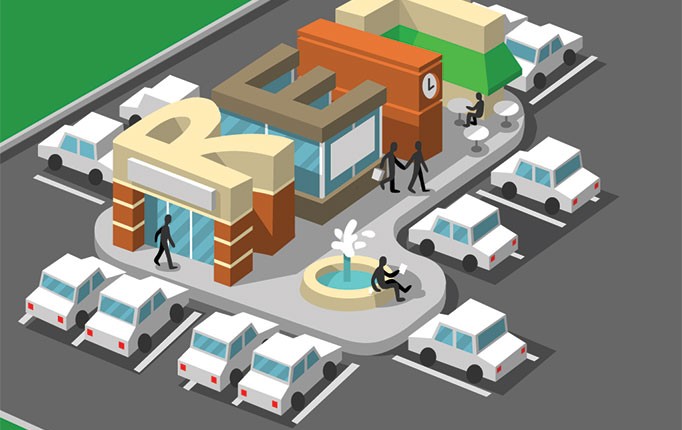 After three years following the approval of the Egyptian Financial Supervisory Authority (EFSA) for establishing real estate funds, Egypt will enter the real estate funds sector through launching three funds at once during the first half of this year.

NAEEM Holding Company and the Egyptian Company for Housing Development and Reconstruction (EHDR) are competing on the initiative through launching the first real estate fund in Egypt this month. The Housing & Development Bank is planning to join them during the next two months.

Although the real estate funds in Egypt are subjected to taxes, their launch coincides with problems currently faced by the real estate companies to borrow from banks—due to the high interest rates following the flotation of the pound in early November 2016.

Saudi Arabia and the UAE grant real estate funds tax exemptions and instead make them pay real estate taxes on the projects they establish.

NAEEM Holding Company is planning to launch a real estate fund with a capital value of EGP 2bn in two tranches.

The collection of the contracts of the first initial public offering (IPO) will start with a share of 80% as well as with marketing campaigns in the Gulf countries.

The expected annual return from the real estate funds is 26%, including a 10% cash dividend.

The fund’s strategy targets a list of existing projects at good prices in order to avoid the risks involved in the development of new ones.

NAEEM Holding Company will start marketing for the IPO tranche of the NAEEM real estate fund at the Gulf after obtaining the approval of the EFSA for establishing the first Egyptian real estate fund.

Alsherif Wahdan, managing director at NAEEM Holding Company, revealed that the targeted capital for the fund is EGP 2bn—divided into two equal tranches—while the completion of the investments of the first tranche of the funds—EGP 1bn—is expected by the end of the current year. The other EGP 1bn is expected to be released during 2018, with the possibility of further increasing the fund’s capital.

Wahdan said that the fund is currently enjoying a high demand on its IPO, and the company managed to sign a good number of contracts and is currently promoting the fund’s IPO tranche—which reached 80% of the targeted capital for the fund—to local institutions and within the Gulf states.

Wahdan added that if the demand increased significantly on the private IPO, the tranche will be increased at the expense of the public IPO tranche—its share planned to be 20%.

He pointed out that the IPO tranche is expected to be promoted through the support of the expected demand of individual investors, especially as the fund allows investments at a minimum of EGP 50,000—a small amount for real estate investments, which usually require large sums of money, especially if the individual investor wishes to grab a share in huge non-residential projects, such as malls or commercial complexes.

The fund is providing opportunities for investors—individuals and institutions—to invest in assets at high values that may otherwise be unreachable for the personal capital of the investor, in addition to the availability of higher liquidity through the IPO in the Egyptian Stock Exchange (EGX) compared to the direct selling of the property. The fund will be registered in the EGX, which will make it easier to join or exit it—a feature individual investors seek. It will also contribute to attracting foreign and Arab investors. The traditional investment funds lack foreign and Arab investments due to the difficulties faced by these segments of investors in banks to conduct IPOs and refund transactions. The IPO in the EGX is a good solution for attracting these investments.

The real estate fund allows NAEEM Holding Company to diversify by investing in a basket of real estate assets rather than one asset or one property.

Wahdan revealed that the fund’s business strategy aims at purchasing existing projects at good prices, to be prepared and leased to ensure a good and stable return.

The fund’s dependence on existing projects managed to achieve a good return and liquidity to the fund from the first working day, Wahdan explained, adding that it also avoided the development of operations risks, such as price fluctuations of production inputs like cement and iron—which adversely affect the cost of the project.

Wahdan believes that the option of renting assets in already-existing projects is the best option in terms of real estate funds, where it would achieve good guaranteed revenues with the reduction of risks—especially considering these funds target individual investors who are known to prefer fast revenues at low risks.

He expects the fund to achieve investment revenues that exceed 26% annually, where 10% of the revenue will be distributed as cash coupons, with the remaining percentage taking the form of capital profits on the value of fund documents.

Wahdan believes that the best way to achieve high profits on real estate fund investments is through purchasing for good prices rather than selling. He considers the purchasing process pivotal to achieving high gains.

He explained that the fund aims to invest in a diversified portfolio of distinct real estate assets that yield an income and have the potential to increase the rates of occupancy, rents, or the market value, besides developing capital.

He added that real estate activities have intense need for financing, whether merely for housing purposes or establishing projects and commercial use. Non-banking financial tools, including real estate funding, financial leasing, and launching real estate funds, all contribute to developing the real estate sector and accelerating growth rates in Egypt.

The managing director for investment of NAEEM Holding said that his company had spent almost one and a half years to launch the fund, which is the result of hard work to achieve distinct revenues and generate a positive impact for this kind of fund.

The Egyptians Real Estate Investment fund aims to offer its documents for private and public underwriting by the end of this month after the fund obtained its first license in October to establish the Egyptian real estate fund.

Hashim El Sayed, vice chairperson and CEO of the fund, said that it is planning to offer a small share of the fund’s target capital—worth EGP 2.5bn—for public offering after completing the contracting of the private offering segment, which targets local, Arab, and foreign institutions, as well as strategic investors with high financial solvency. Two banks, the Misr Iran Development Bank (MIDB) and the Arab African International Bank (AAIM), will both be amongst the most prominent banks with good shares in the private offering segment.

El Sayed revealed to Daily News Egypt that the tasks of managing the fund are given to the Egyptian Holding Group for Investment, which has shares in “Egyptians for Housing Development and Reconstruction” and “Egyptians Abroad for Investment and Development.”

He added that the underwriting prospectus of the fund was presented to the Egyptian Financial Supervisory Authority (EFSA). It includes details about the fund, its activities, and the upcoming investment plan, and it awaits approval over the upcoming period.

Regarding the work strategy of the fund, El Sayed said that an integrated investment mix is targeted to achieve stable and sustainable income—especially from rented assets—to allow regular distributions.

He explained that the projects in which the fund aims to invest will be ready for implementation once the fund is launched. They are focused on developing several projects in the sector of real estate, where the fund will provide strong financing away from borrowing from banks.

He pointed to the importance of the fund’s role in activating several neglected activities in Egypt—most importantly real estate financing, financial leasing, factoring, and securitisation.

El Sayed said that the main founders of the fund are represented by “Egyptians Abroad,” “Egyptians for Housing Development,” “Pioneers Holding for Financial Investment,” and “Cairo Housing and Development Company.”

He said that completing all the procedures to establish the Egyptians Real Estate Investment Fund are handled by Egyptians Abroad, also playing the role of cofounder with the contribution of Pioneers Holding.

The procedures to carry out the first launching of the fund of EGP 50m are underway. This will take place through the use of the capital of the fund’s company to issue five million shares, at a nominal value of EGP 10. Expected investments of the real estate fund are estimated at EGP 5.2bn.

The board of directors of the fund consists of Egyptian Real Estate Investment and its founders, chairperson Ibrahim Fawzy, CEO Hashim El Sayed, and board members Yasser Zaky and Waleed Zaky.

The fund will look to attract middle- and long term investors

Hany Tawfiq, chairperson of Acumen Asset Management–BPE, said that his company resumed its activities after the Egyptian Financial Supervisory Authority (EFSA) had previously halted them upon the request of the company. He added that the company is currently working on concluding the management agreement of a real estate fund for the Housing and Development Bank (HDB).

Tawfiq predicted the start of the subscription in the real estate fund for the end of the year, while the company will start within the next month to promote to institutions and strategic investors for collecting the target funds estimated at EGP 500m. Acumen will consult the HDB and its affiliated Housing and Development Real Estate Investment Company (HDRIC) over the promotion affairs and the collected funds.

He added that the fund’s strategy will focus on development processes through establishing managerial, commercial, or residential projects, as well as through developing and preparing lands for leasing. These assets would be rented to provide a guaranteed periodic return.

Tawfik ruled out the trend of purchasing ready units to be re-leased, noting that the return from the development process is a lot higher than that from purchasing and re-leasing—as the purchasing units will cost the fund a lot at the currently high prices.

Tawfik noted that the development process will take up to two weeks until the fund starts distributing profits to policyholders during its third year, so the fund targets middle- and long-term investors, despite most investors looking for quick profits.

While there are disadvantages of some Egyptian real estate funds regarding the long period policyholders have to wait until profit distribution and the funds’ tax exemptions employed in most foreign markets, real estate funds have the advantage of continuous regular revenues that are related to the rental value, in addition to an increase of the value of most of the assets owned by the fund over time, which increases the profitability of investment.

Real estate funds are also considered a good opportunity for investors that seek to invest in the real estate market but are hindered by the cost of units and limited investments, where the documents of these funds are considered a sufficient and suitable alternative that provides investors with a share in real estate through small amounts.

The EFSA has recently developed controls for the work of real estate funds. The executive regulations of the capital market stipulate that the percentage of what the fund owns in a real estate project should not exceed 30% of its assets, and the limit of what it invests in the bonds of a real estate financing company would be 10% of its net assets and no more than 15% of the bonds. The same percentages are true for securitisation bonds for each portfolio.

The regulations also stipulated that the total shares owned by the fund that are registered in the Egyptian Exchange should not exceed 20% of the fund’s assets, as the majority of the shares must be for real estate companies or companies working in fields related to real estate development.

This is HDB’s third fund, as it owns the “Ta’meer” fund to invest in stocks and another cash fund named “Mawared”.

CI Capital to sell 71.9% of its shares mid-March before CIB assembly