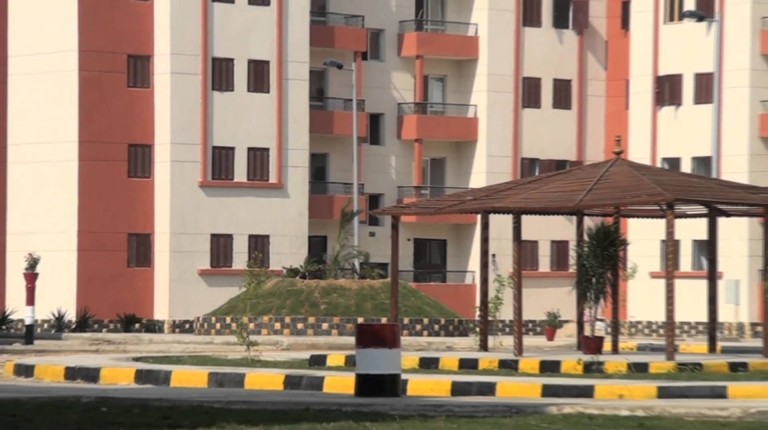 New Damietta City has recorded the largest share of offers made by companies competing on service lands in the two projects of Dar Misr for middle-income individuals and social housing for low-income individuals.

The New Urban Communities Authority (NUCA) has received 357 offers from companies competing over 48 service lands out of a total of 98 lands launched in 10 new cities, whereas it has not received offers on 50 other lands.

New Damietta City took the lead with 129 offers for 7 out of 13 offered lands, followed by Badr City in second place with a total of 125 offers for 9 lands in the city.

In 10th of Ramadan City, about 28 offers were made for 9 of the 22 lands originally offered. In Al Shorouk City, 8 offers are competing over 3 out of a total of 4 lands offered.

The authority has offered one land plot as part of Dar Misr’s services in Sadat city, and has received two offers for it—compared to 27 offers to compete over three lands in Borg El Arab at the site of the social housing project.

NUCA has announced offering 98 service lands through the one-stop shop in the General Authority for Investment (GAFI) within the two social housing projects for people with low-income and Dar Misr for people with middle-income, with areas ranging from 540m to 110,000 sqm.

Sources at the Ministry of Housing told Daily News Egypt that the demand by companies to reserve lands offered in Badr City is due to the hiking achievement rates in Dar Misr and the social housing projects in the city.

The sources added that the first phase to deliver the units of Dar Misr will be in Badr and Obour City, which means an increase of occupancy rates and investment feasibility of the service lands offered in the two cities.

The sources also explained that the decreasing demand on lands in Madinaty, New Cairo, and 6th of October City is the result of the incomplete construction work of the first phase of the Dar Misr projects and the ensuing delay in the delivery of units to the second half of 2017.

The sources pointed out that NUCA has finished receiving offers from companies on 2 March. The number of offers made by companies reached 357 to compete on lands available in 10 new cities.

They added that the administration of the cities will look into the technical offers made by the companies. It is expected that all offers will qualify for the next phase—financial resolution. The resolution committees at the NUCA will handle looking into the financial offers and then determine the winning companies.

NUCA launched the first phase of service lands in Dar Misr in eight cities and managed to sell 15 lands worth EGP 298m out of a total of 44 lands with different areas ranging from 935sqm to 93,000sqm.

In 2014, the Ministry of Housing announced Dar Misr project. The first phase included 31,000 units with an additional 25,600 units in the second phase. The project’s investments were estimated at EGP 70bn, allocated for the implementation of 250,000 units.

The ministry is also implementing the social housing project for people with low income in new cities and governorates. The ministry has already completed the implementation of 207,000 units, with another 276,000 units currently under construction. A further 60,000 units were offered to construction companies to start work.

The lands are allocated to service and investment activities, including trade, administrative, residential, and entertainment activities. They are also allocated for supermarkets, nurseries, integrated schools, social and sporting clubs, medical centres and hospitals, car service centres, multi-purpose halls, and bakeries.

The reservation amount paid for the lands amounts to 5% of their total price, which ranges between EGP 18,300 and EGP 8.6m—based on location and size of each land.

The lands are allocated to the offer that includes the highest down payment made and that is also technically acceptable. The down payment should not be less than 10% of the total price of the land.

NUCA allows paying the rest of the land’s value within three years with annual instalments, in addition to an investment return that equals the interest rate announced by the Central Bank of Egypt (CBE) during the payment time, plus 2% on debit balance.