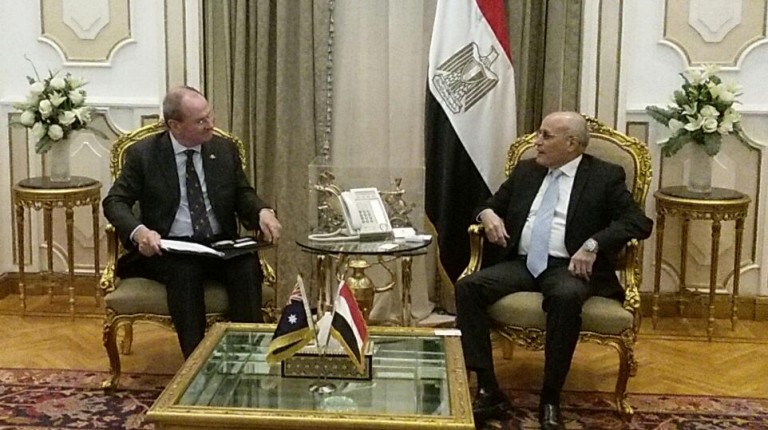 During the meeting, Al-Assar reviewed the technological capabilities of the ministry’s subsidiary companies in military and civil manufacturing, as well as the potential for using them in activating the movement of trade and investment between the two countries in different fields.

Hamilton-Smith expressed a desire to strengthen trade relations with Egypt. He highlighted Australia’s interest in exploiting the opportunities available in Egypt, along with his country’s readiness to exchange visits and delegations between Australian companies and the Egyptian ministry’s production companies in order to explore the main areas of possible cooperation between both states.