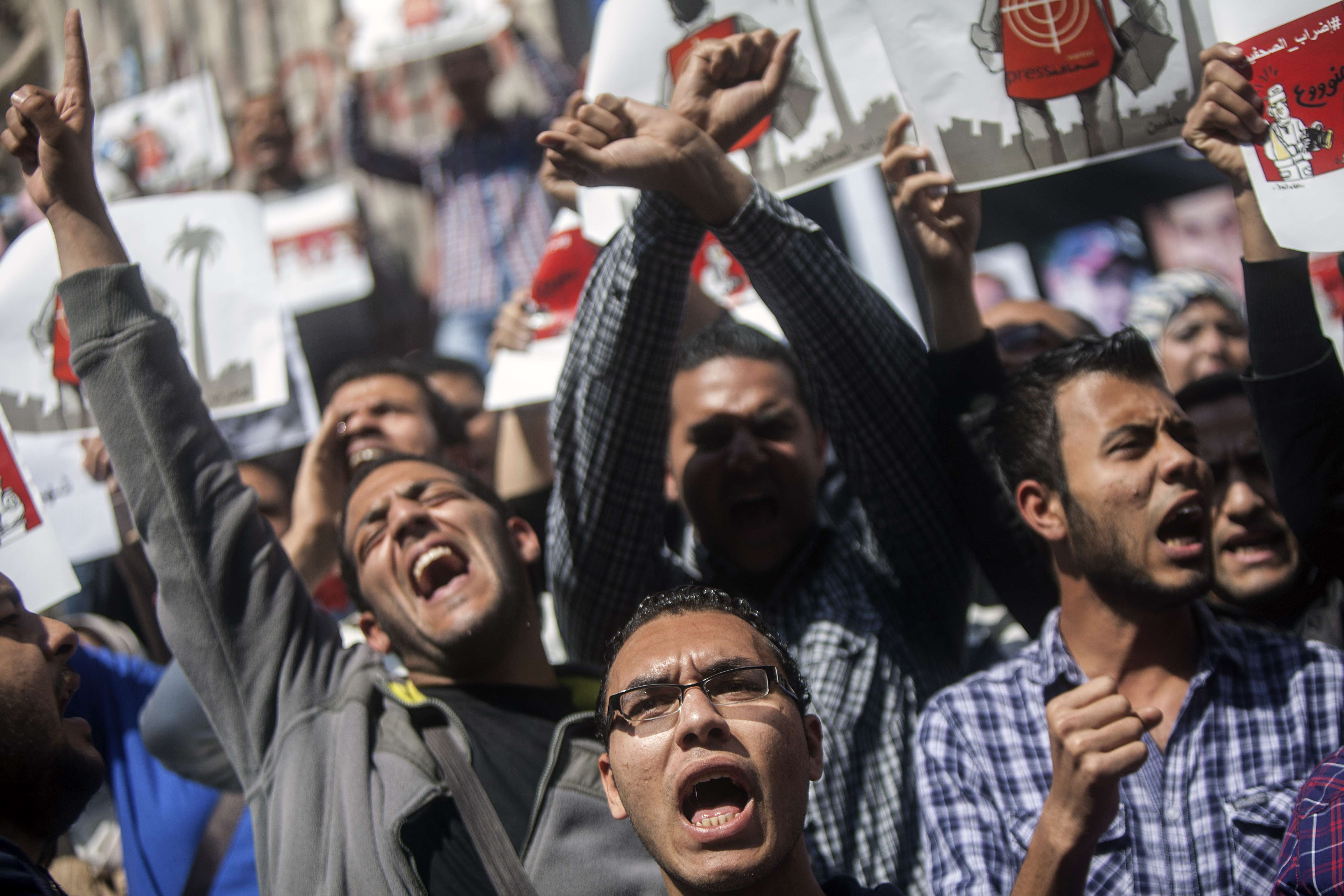 The Cairo Criminal Court, headed by judge Nagy Shehata, on Sunday decided to release three photojournalists, charged of belonging to the outlawed Muslim Brotherhood (MB). They were to be released on probation, requiring them to come to the police station closest to their homes three days per week. However, the prosecution appealed the decision, and they remain in custody until the court decides on the appeal, which is expected Tuesday.

The photojournalists—Hamdy Al-Zaeem, Mohamed Hassan, and Osama El-Beshbeshy, who are all working for different media outlets—were arrested while shooting a video in the vicinity of the Press Syndicate in downtown Cairo in September.

The three are also facing accusations of unlicensed photographing, spreading rumours and false information, possessing illegal records, threatening the country’s stability and security, and airing videos on channels affiliated to the MB.

There are about 30 journalists imprisoned in the country, according to the Press Syndicate in 2016. The syndicate has called for their release for a long time.

Currently, the Detained Youth Committee is looking into cases of those arrested in relation to publishing crimes and freedom of expression.

So far, however, no journalists were pardoned despite the fact that the committee has so far sent two pardon lists—for around 300 prisoners—to the president for approval.

The syndicate sent the list of the 30 journalists to the committee for consideration, but it has not received any response so far.

During the recent period, a number of prominent detainees have been released on probation—with the act of only releasing them on probation being highly condemned by human rights activists and legal experts.

Regarding this, the former head deputy of the State Council, Mahmoud Fahmy, previously told Daily News Egypt that these types of measures are required to prevent any defendants from forging legal documents, committing illegal acts, or hindering the work of the judiciary.

Releasing prisoners on probation can include various conditions, like banning them from leaving the country or even their homes, requiring them to check in at police stations at scheduled times, or not visiting certain places in the country.