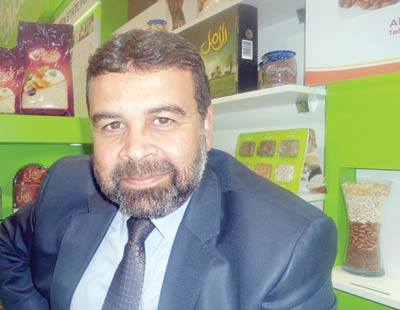 El Welely Agricultural Crops targets to expand in dried legumes exports this year in order to compensate for the decline in exports of rice and broken rice following the export ban on rice.

Magdy El Welely, head of El Welely Agricultural Crops, said that the company’s exports amounted to $40m in the last year, and it aims to increase that by 15% this year.

He added that the company had exported broken rice before the export ban issued in September, expecting that the decision’s impact on companies will become clear in the current year.

El Welely explained that the exported broken rice shipments to EU countries in the last season contributed to the increase of the company’s exports, adding that his company’s capacity amounts to 600,000 tonnes of rice and paddy.

He pointed out that the company also produces white beans, lentils, chickpeas, and beetroot residues, which are involved in several industries, including the animal feed industry.

El Welely also targets to expand into other industries, such as drying tomatoes—so as to reduce the production and storage costs—in preparation for export in the coming period.

He said that the new packaging line of sugar, rice, and other crops was launched at the end of last year and started with packaging legumes and spices.

He further stressed the importance of participation in foreign exhibitions—where a large number of companies in different countries convene in one place—to promote Egyptian products and open new markets in many countries.

El Welely began its activity in the Egyptian market in 1957 and operates in the agricultural industry, mainly producing rice and legumes.

El-Marwa plans to export 15,000 tonnes of frozen vegetables this year