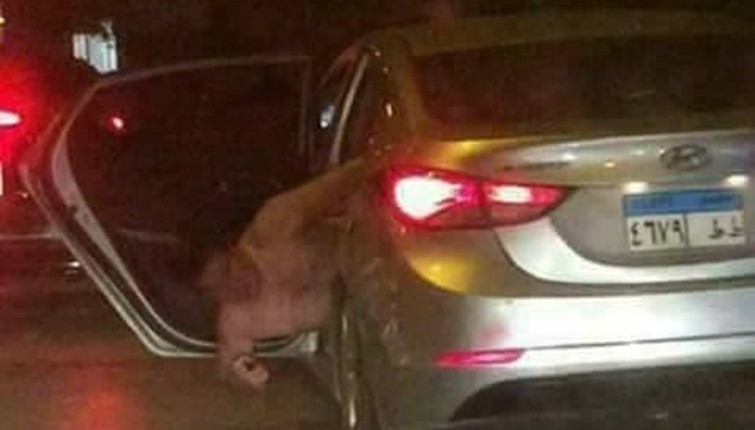 Massive controversy followed the circulation of video footage posted in different social media outlets that contained a scene of a man appearing from the rear door of a private vehicle, crying for help and yelling that he was being kidnapped.

The video rapidly spread across Facebook and Twitter, with quotes from alleged eyewitnesses that a man was kidnapped from Cairo’s nearby suburb of 6th of October City by anonymous gunmen, according to preliminary security investigations published in the state-run newspaper of Al-Ahram.

The man who appeared in the video is a realtor from 6th of October City. Before being kidnapped, the man was sitting with a former police officer and a non-commissioned police officer in a café in the aforementioned city to finalise a drug deal.

The man in the video was found dead in the city of El Qanater El Khayreya, Qalyubia, allegedly killed following a dispute that erupted between him and the policemen, who have been arrested. The dispute resulted in them killing him, Al-Ahram newspaper reported.

“The reason behind the realtor’s death is the dispute between him and the two officers, while they were finalising a drug deal that consists of a container loaded with the drug Tramadol,” security sources told Al-Ahram newspaper on condition of anonymity.