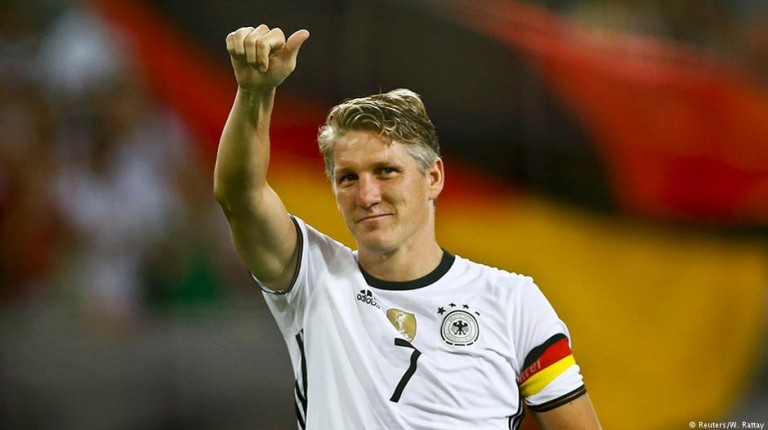 “I am sad to leave so many friends at Manchester United. But I am grateful to the club for allowing me the chance to take up the challenge at Chicago Fire,” a statement posted on United’s website quoted the former Germany captain as saying.

“I have enjoyed working with the manager, the players and staff here and wish them all the best in the future. But I have to reserve special thanks to the United fans – whose support has been a very special part of my time in Manchester… Now is the right time for me to start a new chapter in Chicago and I am looking forward to it.”

The statement confirmed the news that was first reported by the “Chicago Tribune” a couple of hours earlier. It said that the 32-year-old midfielder had signed a one-year deal that will earn him an estimated $4.5million (4.2 million euros).

The member of Germany’s 2014 World Cup-winning team was largely frozen at United since Portuguese manager Jose Mourinho arrived at the club last year.

“Throughout my career, I’ve always sought opportunities where I hoped to make a positive impact and to help make something great,” the “Chicago Tribune” quoted Schweinsteiger as saying.

“Through my conversations with [general manager] Nelson [Rodriquez] and [coach] Veljko Paunovic, I’m convinced by the club’s vision and philosophy and I want to help them with this project.”

As Chicago woke the club posted the news enthusiastically across social media. The Fire have endured a mixed start to the new MLS season, taking four points from their opening two games before suffering a 4-0 thumping by expansion side Atlanta United last weekend.

Chicago have won the MLS Cup just once, in 1998, and for the past four seasons the team has failed to reach the playoffs.

“We’re adding someone who has won at every level, including the very highest levels, and has done so in a way that is consistent with our values,” the paper quoted Chicago Fire general manager Nelson Rodriguez as saying.