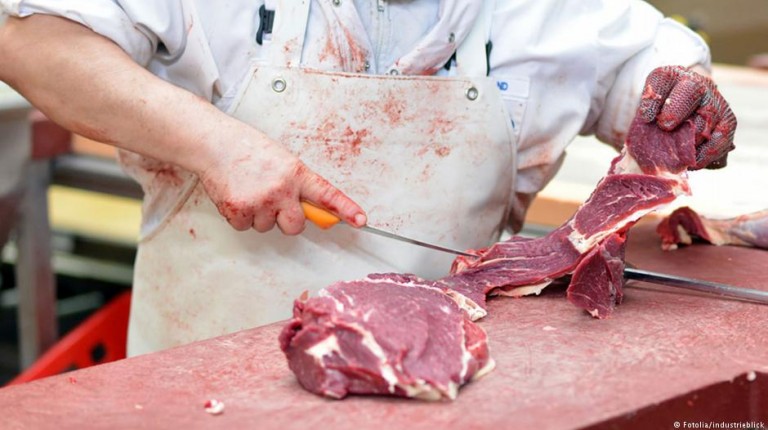 Amid a corruption scandal over the sale of rotten food, China has put a stop to the import of meat from Brazil. The EU may follow soon. Brazil’s government is trying to assure consumers there has been no health risks.The threat to Brazil’s reputation as the world’s biggest beef and poultry-exporting nation keeps growing. Both China and Chile have already banned the import of meat from the country.

The European Union for its part has so far demanded a partial ban, immediately halting exports by four companies implicated in the scandal.

Gero Jentzsch from the German Butchers’ Association told DW that he only knew what was being published in the press and that we must wait to see what the investigations reveal.

Nonetheless, he called for better structures in the agriculture and meat industries, which would make transparency and traceability easier for consumers.

China, which together with Hong Kong is Brazil’s biggest meat export market, said it needed to know more about the allegations that major meatpacking businesses bribed inspectors to get health certificates and masked tainted meat as fit for consumption.

“Until it receives more information, China will not unload meat imported from Brazil,” the Brazilian Agriculture Ministry said.

The scare started at the end of last week. The allegations that corrupt exporters had sold deliberately mislabeled rotten meat, led to police raids in more than a dozen processing plants. Three facilities were shut down immediately and at least 30 people were arrested. In some cases, carcinogenic chemicals had been used to mask the smell of the meat, authorities confirmed.

Protracted meat bans would be catastrophic for Brazil. The country is struggling to overcome its worst recession in history. And the meat industry has been one of the few bright spots in Latin America’s biggest economy. Brazilian meat is shipped to 150 countries; sales last year reached $5.9 billion (5.48 billion euros) in poultry and $4.3 billion in beef, according to government data.

A charm offensive by President Michel Temer, who even invited foreign ambassadors to a traditional meat restaurant in the capital Brasilia late Sunday, failed to calm importers.

Nonetheless, he insisted that tainted meat was found in “only a very few businesses” and did not represent a wider problem. Other local officials support the view that there is no systemic corruption or health problem in the meat industry and that the police operation uncovered only a few bad apples.

The scandal also broke just days before the start of negotiations to seek a free-trade accord between the European Union and the South American Mercosur bloc, which includes Argentina, Brazil, Paraguay and Uruguay.

These recent revelations will not make things easier to negotiate a trade deal. That’s because countries which are party to trade deals must not only have good reason to be confident that each others’ regulations are properly designed to protect consumers – the regulations must also be properly implemented and monitored.