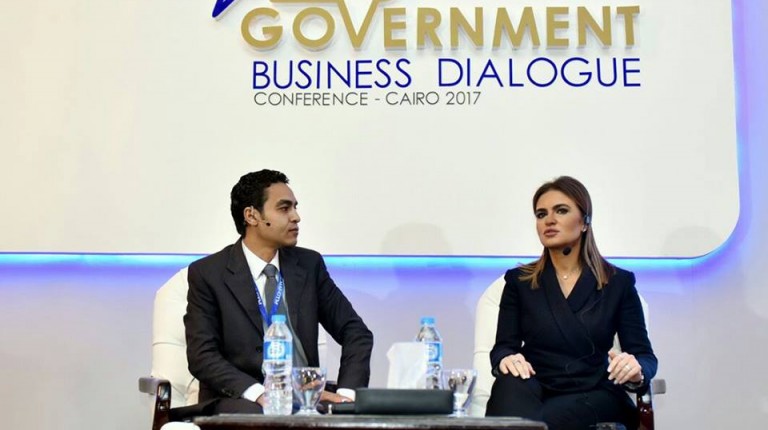 During a conference held on Tuesday, Minister of Investment and International Cooperation Sahar Nasr said that the government is working to raise the rate of foreign direct investments (FDI) to more than $10bn in the next year.

Nasr added in the conference “Government Business Dialogue 2017” that the second tranche of the World Bank’s loan emphasises the successfulness of the developing programme, according to the approved time table.

She stated that the reports of international investments funds indicate that Egypt would in the future become one of the top countries for investment.

As the minister of investment, Nasr said that the ministry is working on three main points to improve the investment environment, including conducting a full scan of all governorates to find the obstacles that hinder the tourism and industry sectors. “We hold meetings with the investors to make sure that the government will eliminate any problems and challenges that prevent improving the investment climate,” Nasr noted.

However, she said that the investment law, which is currently being discussed in the parliament, and the bankruptcy law that is being discussed at the State Council would improve the economic environment in Egypt.

He believes that the law would allow the TDA to revise the way tourism investors attract tourists, explaining that it would attract different types of investors that would develop new fields such as health and wellness tourism.

Meanwhile, the secretary-general of the Suez Canal Economic Zone (SCZone), Nasser Fouad, said that the board of directors is currently working on establishing two main points for developing the zone, which are the ports of East Port Said, which would be one of the biggest ports in the world, and El Qantara West.

Additionally, he said that the zone would make Egypt one of the seven main investment-attracting countries by 2030, adding that an unspecified company decided to establish its factory in the zone instead of the United States, which would raise its investments in Egypt to $1bn, up from the current $42m.

Furthermore, by the end of the first session of the conference, a member of the parliament’s Economic Affairs Committee, Amr El-Gohary, said that the committee is almost done with 78 articles of the investment law, explaining that the problem is not about the law, but rather about the bad economic environment and the government’s transparency.

He also stated that the acts the government implemented have negatively affected the poorest segments in Egypt because the government did not protect them.

He stated that the committee wants to reduce the number of people who do not qualify for subsidy cards, and then raise the amount of monthly money to EGP 50 instead of EGP 23 currently, but unfortunately the government does not know the actual number of people eligible for subsidies.