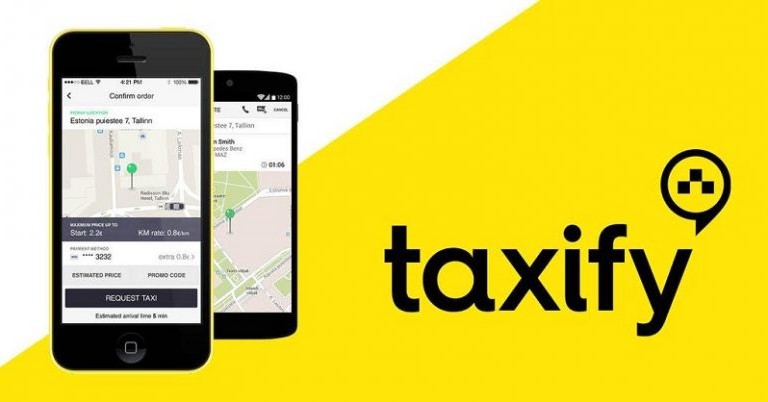 The success of companies such as Uber and Careem in Egypt incited more players to join the arena and begin offering smart transportation services, especially as the population now exceeds 90 million people.

Recently this month, the Estonian company Taxify launched its services in Cairo, unlocking a new challenge in the Middle East and North Africa for the first time. According to Taxify’s Egypt manager, Mostafa Sabry, the company plans to expand to Egypt’s coastal cities.

The competition is hard in Egypt. Do you think you are capable?

We are a company specialised in the field of private transport. We began our operations in Europe in 2013 and have since expanded to 18 countries, covering 23 cities. We launched our unit in Egypt in March. We know that competition is strong in Egypt, but we are able to compete.

The Egyptian market is big. It is also one of the most consuming markets in the world. Moreover, there are many competitors already. But this has only encouraged us more to enter the market and set Egypt as our main office in the Arab region.

Taxify came to the market at the best time. The Egyptians need more companies in the field of private transport, especially in the coming period.

The competition will be fierce, especially as other players have been here for longer. But we will provide our services in the best quality. Clients have complained to other companies about the low quality of services. Furthermore, we will also provide a more affordable service.

We have successful experiences with competition in many of the countries. We ousted a major player from the Hungarian market, and this same player is offering its services in Egypt. We are always ranked in the top three service providers in the European and African markets where we provide our services.

Other competitors ran into some legal problems. Did you account for that?

Taxify is legally operating in Egypt. We are an Egyptian joint stock company licensed to provide transportation services for individuals.

What are your plans for the Egyptian market?

Taxify aims to attract millions of local clients. This is why we are offering discounts on all trips for all clients—up to 40% in the first phase to support the expansion and attract more clients. We are also providing the best wages for drivers, as they can get about 20% more than their income from working with other companies.

We are planning to expand our services in Delta and coastal cities during the coming period, as we have plans to help people who do not possess cars and want to work at the company, through a plan that will be announced in the second half of this year.

The company is targeting to launch a new service related to trips and travel in summer, and a new fare will be specified for it.

What are the legal mechanisms that the companies follow to deal with the drivers?

Taxify cooperates with the drivers through agents. The company is working with 40 agents during the first stage, and the number of agents is to increase to 50 by the end of this year at the level of Cairo.

The company is planning to provide prizes to agents in order to motivate them to work.

What about the prices of the services provided by the company?

We set a suitable fare for our customers; the opening price of the counter will be EGP 5, 140 piastres per kilometre, 35 piastres per minute, and EGP 10 as a minimum price per trip.

Taxify obtains 15% from drivers, compared to other companies that obtain more of a commission from drivers. The company determines that the driver allocates EGP 75 per month to the agent, who can provide additional services such as maintenance and other services the driver may need.

What are the company’s general criteria for choosing drivers?

Taxify follows a certain criteria in the selection of its drivers, including the criminal record of the driver, a photo copy of the driver’s ID card, and a driving license. The company exempts the driver from examining his car and obliges its agents to choose adequate cars.

The company offers bonuses to its excellent drivers and develops appropriate and feasible fees. The mobile application allows the driver to see his colleagues, so as to avoid crowded places, which will help him to increase his work.

What are the company’s conditions in choosing cars?

In regards to white taxis, we do not aim to deal with them now, because the white taxi drivers still lack the culture of requesting taxi via smartphone. Women make up about 5% of the total number of Taxify’s drivers.

We hope to see new legislation and laws that organise the private transport field in the local market, to avoid a monopoly by any of the companies, especially as private transport has become a main factor in the economic growth of other countries.

We aim to launch about one million trips every month this year at the level of markets we are present in, whether in Africa or Europe. During this phase we will focus on expanding, with great reliance on advertising campaigns through social media and Google advertisements, as outdoor ads only reach 20% of the target audience.

Currently, Taxify is on android mobiles as well as iPhones.

What is the volume of investments injected by your company?

The mother company in Estonia injects all investments into the company’s branch in Egypt. Currently, we do not aim to attract foreign investments, especially considering that a number of large companies are among the most prominent investors in the mother company, such as Skype, Google, and Mercedes. Globally, they are some of the shareholders in Taxify.

What are some of the available payment methods?

There are several payment methods. They include Visa cards and cash payments. We have also launched a service for major institutions to have monthly subscriptions.

What are the main challenges you face in the Egyptian market?

The lack of legislations and rules regulating the private transportation field is one of the main challenges. The company also faces another challenge, and that is the nature of work in the Egyptian market. The law obliges companies to cooperate with agents, unlike the case in the European market where companies deal directly with drivers. Moreover, the culture of using a car through a mobile phone is not pervasive.