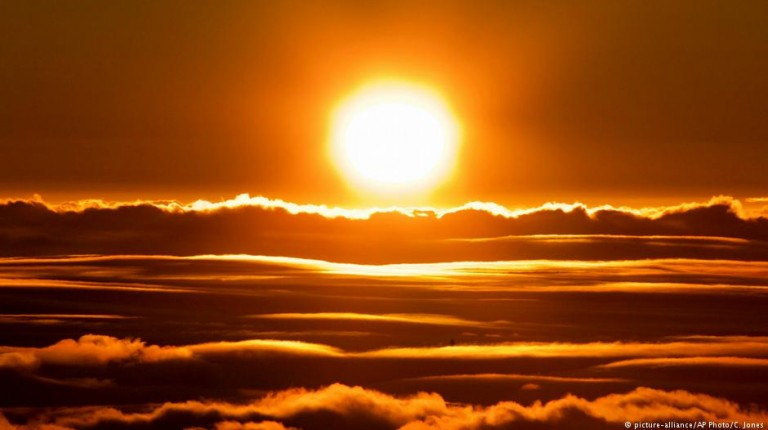 Though we see them every day, clouds remain such a mystery to scientists that they are inhibiting climate change predictions. But a new atlas could be a game changer.Nothing beats a lazy afternoon sitting on the grass and watching the clouds roll by. These white fluffy friends can feel like a constant and comforting presence in life. And since the dawn of air travel, as folk singer Joni Mitchell once sang, we’ve looked at clouds from both sides now.

But as Mitchell cautioned, somewhow we still don’t know clouds at all. Her words were true in 1969, and they are still true today.

Clouds might seem a familiar part of our lives. In fact, they are one of the least-understood aspects of our environment. And that’s causing a huge headache for researchers trying to predict how the world will be affected by climate change.

Despite the critical role they play in the planet’s water cycle and heating patterns, scientists are often still baffled by how and why clouds behave the way they do. This uncertainty is the main reason climate research remains an imperfect science. Researchers just can’t say for sure how clouds are going to react to a warming environment, and that means they can’t make exact predictions about how the world will be affected by climate change.

But scientists now have a new tool to unravel these mysteries. Tomorrow (23 March), the World Meteorological Organization will unveil a new, long-awaited digitized International Cloud Atlas – a modern update to an atlas started nearly 150 years ago.

“The last update was roughly 40 years ago,” WMO scientific officer Isabelle Ruedi told DW. “At that time there was no internet, no digital cameras, nothing like that. It means that nowadays the old atlas is not so accessible to people. We decided to update it to take into account the best knowledge we have of clouds.”

The new atlas is being unveiled on World Meteorological Day, which this year is being dedicated to the theme of clouds. WMO secretary-general Petteri Taalas says it offers a new chance for meteorologists and scientists to get to grips with these mysterious celestial beings – which remain both known and unknown at the same time.

This new version of the atlas brings together for the first time a wealth of data, including high-tech, surface-based, space observations and remote sensing. It follows a consultation period in which photographs and other forms of evidence were gathered from all across the world.

So why are clouds so important to our weather patterns? Most importantly, they move water from one place to another. Clouds soak up water from lakes and dump it on dry land. When their patterns go awry, it results in droughts and floods.

Clouds also modulate heat in the atmosphere, cooling the earth by shielding it from the sun. So we know clouds are important to the weather we experience. What we don’t know is how their behavior will change as the Earth’s atmosphere gets warmer.

Sandrine Bony, author of a 2012 white paper on climate science by the World Climate Research Program, notes that the mysteries of clouds have remained frustratingly difficult to solve. “Uncertainty in estimates of the magnitude of the climate sensitivity has hardly changed in 30 years,” she explains. “Although models are getting better, some biases in modelled large-scale circulations have persisted across many cycles of model development.”

Researchers hope to use the new data contained in the atlas to focus on four initiatives aimed at doubling the knowledge of how clouds behave within the next five to 10 years.

First, they will design new tests to measure why there have been so many differences between prediction models for cloud behavior so far. They will then use this research to reduce model errors and make more reliable projections. Thirdly, they will work to better understand the connection between clouds and the convective processes that cause water to evaporate. Work will also focus on the changing patterns of clouds already taking place due to a warming environment.

The new atlas serves as a who’s who of different cloud types. It maintains the existing 10 “genera” of clouds that have been defined for 100 years. Clouds are distinguished based on their appearance and where in the sky they form.

The 10 genera are subdivided into 100 different cloud “species.” One new species has been added to the atlas this year: volutes, otherwise known as “roll cloud.” These clouds are long and tube-shaped, and typically low to the ground. They often appear to roll around on a horizontal axis.

Some new cloud features have been defined as well. The best-known is “asperitas,” a dramatic, wave-like cloud. This new classification was lobbied for by a group of cloud enthusiasts known as the Cloud Appreciation Society, who have documented the phenomenon with some stunning photographs.

“Asperitas was first identified with the help of citizen science, enabled by modern technology,” says Gavin Pretor-Pinney, the society’s founder. “When Cloud Appreciation Society members send us photographs of dramatic skies from around the world, it’s possible to spot patterns.”

The new atlas has also proposed five new “special clouds” that are manmade or caused by natural phenomena such as waterfalls or volcanos. “Homogenitus,” for example, designates contrails left by aircraft.

The WMO hopes the online portal will not only foster more collaboration in cloud research, but also ensure the same terminology is used in that research across the world.

“There have been other atlases that have appeared on the web, which are not necessarily using the right terminology,” she says. “If you want to forecast the weather you need to know how it is at other places around the world. For that, everyone needs to be using the same terminology.”

For amateur cloud enthusiasts who just want to know what they’re looking at as they gaze up to the sky, the WMO has it covered. The organization has published a guide to classifying clouds, which anyone can use on a lazy afternoon.