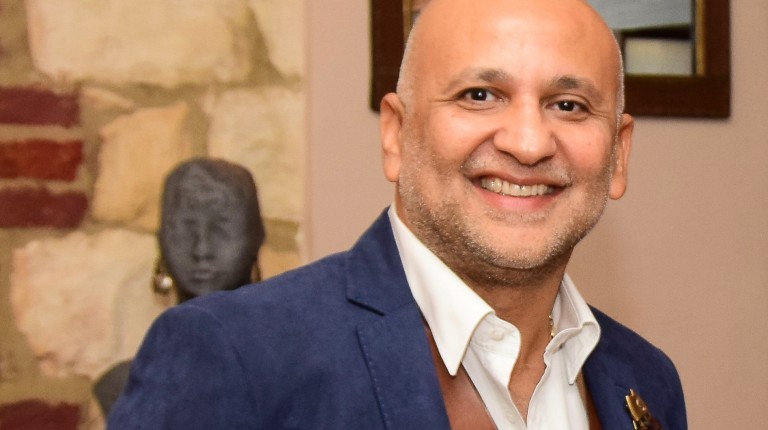 Fashion is a method of compassionate communication and expression. While it has been limited to women during the previous decades, the local industry has been taking steps towards including more men.

In celebration of the International Women’s Day, UN Women, Regional Office for Arab States in partnership with #HeForShe reached out to few men figures from all over the Arab world to shed light on men’s role in supporting women in their lives.

As a designer that portrays the inner beauty and strength of women in all of his well-thought designs, Amin was a natural choice for the movement. In the video campaign, Amin mentioned the women that influenced his journey and aesthetic as a designer.

Starting from his mother that despite the common norms at the time, encouraged him to fully pursue his talent and aim for a career in fashion and design. According to the designer, she was the main reason his sketches as a child turned into the career that he had always dreamed of.

On the other hand, he has also highlighted few local female designers that have inspired him. His list included figures such as Azza Fahmy, Suzan El-Masry, and Ehsan Nada.

Ever since his early beginnings, 25 years ago, Amin has kept women at the core of his designs as he has showcased iconic yearly collections inspired by and for women. Amin has always planned to make women feel unique and catered for.

As a designer that takes much pride in his pharaonic origins, Amin has always been inspired by ancient-Egyptian queens; their beauty aesthetic, wisdom, and strength. He is a firm believer that this particular era is a solid proof of the importance of gender equality.

Furthermore, along his journey, Amin has built a strong team that includes many women. His brand is today made by women for men.