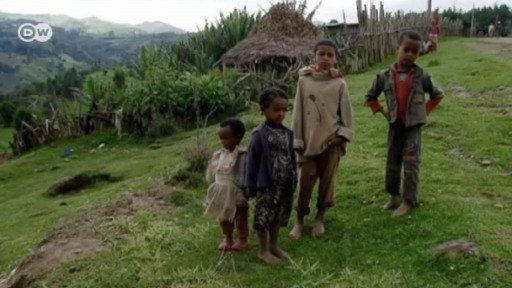 On World Meteorological Day, DW provides an overview of how global warming is changing our lived experience of the climate.News of the hottest year, the wettest winter and suffocating summers are no longer a surprise. We’re getting used to extreme weather – and that’s worrying.

In 2016, Earth’s surface reached its warmest temperatures since 1880. It was the third year in a row to set a global record, as confirmed in the recently published World Meteorological Organization (WMO) Statement on the State of the Global Climate in 2016.

Not surprisingly, 2017 is also expected to follow the trend, even though February 2017 was slightly cooler than the same month last year.

During the 20th century, the average temperature on Earth increased by around 1.8 degree Fahrenheit (1 Celsius). That may not seem much. But for comparison, temperatures during the last ice age were only 5 to 9 degrees Fahrenheit cooler than today, according to NASA.

Small changes in temperature mean huge changes for the environment, and the Earth’s climate record shows such fluctuations have been extremely rare historically.

Extreme weather events used to occur on average only once in 100 years, but climate change is increasing their frequency, the United States Environmental Protection Agency (EPA) warns. And people and ecosystems around the world are feeling the impact.

Hurricane Matthew had devastating consequences in Haiti and part of the United States. Severe droughts and floods in 2016 have affected millions of people around the world.

Australia recently saw a severe heat wave and after years of severe drought, California is now dealing with extreme floods.

In May, Canada suffered its most damaging wildfire – and most costly natural disaster – ever. Some months later, the United States also experienced its most destructive wildfire in modern history.

Europe hasn’t escaped either. Scotland, Wales and Northern Ireland had their wettest winter on record. Intense flooding hit France and Germany during May and June 2016, while France had its driest July and August on record.

European natural wonders such as the Alps are also at risk. The mountainous area is heating up twice as fast as the global average, which could lead to fire seasons lasting 30 to 50 days longer by 2050.

In March 2017, much of Peru is under a state of emergency due to devastating floods.

While some of these events are directly related to human activity and climate change, some remain under question.

Despite a range of factors leading to extreme weather, the vast majority of scientists have no doubt that extreme weather is connected to climate change.

While climate change may not be directly be causing, such events it is to blame for the increasing frequency and strength with which they hit.

The extreme El Nino climate pattern corresponds to climate change models, he said. However, he emphasized, it is still unclear whether this will become a trend.

For scientists, the link between fossil fuel emissions and global warming that is contributing to extreme weather is also beyond question.

“With carbon dioxide reaching a record annual average concentration of 400 parts per million in the atmosphere, the influence of human activities on the climate system has become more and more evident,” Petteri Taalas, WMO secretary general, said in the report.

Drought has left millions of people – mainly in Africa – starving because crops have failed, while flooding has displaced thousands of communities in Southeast Asia, the WMO reports.

Agricultural production is at risk in countries affected by flooding – not to mention those hit by natural disasters such as hurricanes. That not only puts food security at risk, but has broader economic impacts.

For example, in Australia a threat to agricultural production could have major consequences, as it represents one of the main pillars of the country’s economy, the Australian Climate Council reported.

The Union of Concerned Scientists mentions, among others: public health impacts, infrastructural and economic costs, and the destruction of biodiversity.

In cooler climes such as Germany, an early sping might put a smile on many people’s faces. But its global consequences threaten to create a very bleak future.