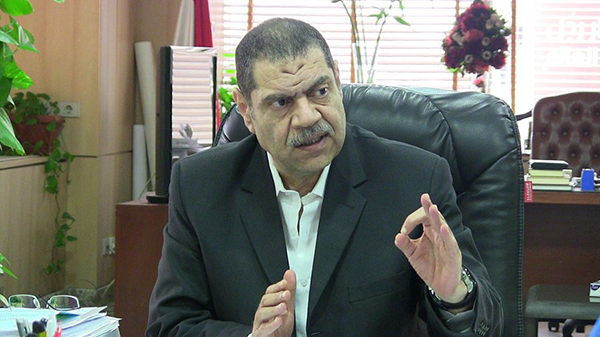 The General Authority for Tourism Development is getting ready to launch 80 million square metres this year in different touristic areas after the House of Representatives approves a draft of the Investment Law submitted by the government, according to Serag El Din Saad, the CEO of the General Authority for Tourism Development.

Saad said in an interview with Daily News Egypt that the offering will be conducted through different mechanisms, whether by sale or usufruct in adjacent areas on the beach front.

What are the new offerings during 2017, especially since you offered more than 60 million square metres of lands in 2016?

We will offer 80 million square meters in various touristic areas: at the Red Sea, South Sinai, and the North Coast, according to various mechanisms through sale or usufruct.

These lands will be offered after the Investment Law draft is approved by the House of Representatives. Pricing mechanisms will be specified in coordination with the General Authority for Investment (GAFI).

What is the difference between this year’s offering and last year’s?

The General Authority for Tourism Development is preparing a financial arm to the Ministry of Tourism with the function of developing various regions under the ministry’s jurisdiction.

The purpose of the previous offerings was to add a new development component to the tourism sector and the Egyptian economy. The new offering will target maximising the tourist housing units’ side in some areas and expanding hotels’ side in the other regions, especially in the North Coast.

The target of every offering is to add a new development component in order to increase the sector’s rivalry in the region.

You have mentioned in previous statements that you offered the same area in the past year, and the contractual commitments registered 16.5 million square metres.

The contractual commitments on the offerings of 2016 reached 16.5 million square meters out of a total of 80 million.

The Egyptian tourism sector faced a crisis throughout 2016 due to the decline of inbound tourist traffic by 40% compared to 2015.

I expect the current year to be much better than the past one, in light of the efforts exerted by the Ministry of Tourism and the government to support the sector—whether from the financial and security aspects or marketing abroad.

Despite the challenges the tourism sector has been through, the sector is still capable of recovering. The existence of contractual commitments on the lands offered in 2016, despite the circumstances, mean that the investors have great confidence in the new opportunities.

Will there be lands offering in the rear areas of the touristic centres included in the new offering?

Indeed there will be new offerings, as we offered the entire rear area of Marsa Shagra in Marsa Alam, and a rear area in Nabq in Sharm El-Sheikh, as well as Abu Almakhadej area in North Hurghada.

The target of the rear offering is to add a development component to a tourist service centre in order to maximise the added value of the tourism investment in the centres of the Red Sea coast, whether in South Sinai or Red Sea governorates.

The authority worked on the establishment of roads in some touristic areas, especially in the rear areas. There will be new prices to the lands, due to capitalising on the value added to them.

There are complaints that the government land offerings do not take into account small investors. How do you see that?

The General Authority for Tourism Development was always keen in the past years to offer different areas of land. In the recent period, we have offered new land with areas of 5,000 to 10,000 square metres.

There is always a big demand on medium areas of land. Megaprojects, on the other hand, require large areas of land of up to 1-5 million square metres.

There is a low demand on land with small areas, though they are still available; and I expect that a breakthrough will be witnessed in the coming period, after the development of various tourist centres.

I know that these small areas of land are very important, and we aim to offer more of them in future offerings, so that service projects could be launched in the touristic centres, which would consequently increase spending rates of tourists.

How many hotel rooms have been built on tourism development lands so far?

Egypt was promoted recently as a medical tourism centre. How do you see the future of this campaign?

I believe it is good to start taking such steps. Egypt has great potential in medical tourism, and there are some investors who have already contracted with some major healthcare companies in Safaga and Marsa Alam.

The development of Oyun Musa area was completed on Wednesday at a cost of EGP 7m, including renovation of roads, pavements, and umbrellas. They were delivered to the Ministry of Antiquities and the Suez governorate.

How do you see the investment in the North Cost area in the coming period?

The North Coast is a promising area and we aim to increase the hotel capacity there through opening more hotels and adding new services particularly recreational tourism and yachts activities.

The development of the area comes in coordination between the governorate and the Ministry of Tourism, so as to preserve the local dimension of development.

Is there a new land offering in Ras Muhammad National Park and El-Tor area?

These areas have a strategic importance for the General Authority for Tourism Development. According to studies and plans carried out by international centres, they will be allocated for elite tourism.

The authority has a plan to link the costs of the Gulf of Suez with ports for yachts, creating a giant touristic area to attract wealthy tourists.

The studies also recommended that we should build a maximum of two rooms on each acre in this area, creating a special type of investment.