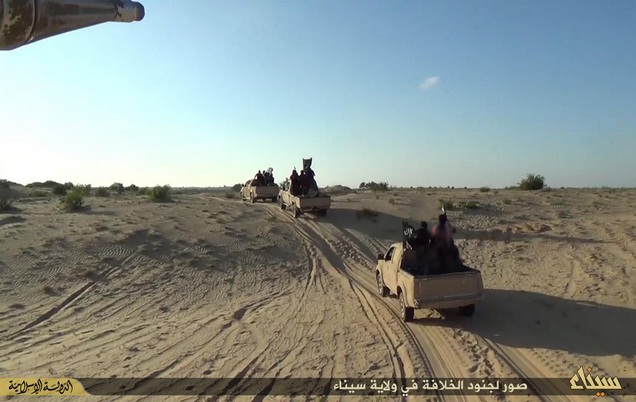 According to a local journalist in North Sinai who preferred to keep his identity anonymous, numerous IEDs were planted in the building by militants believed to be members of the IS-affiliated group “Sinai Province”.

The militants targeted the building because it was used by the army and police to monitor and track the whereabouts of militants. The building was blown up remotely, and the subsequent explosion completely annihilated the building, the journalist added.

“There were no deaths or injuries from the explosion. This is the second time militants target an educational centre and blow it up. They targeted the building to prevent security forces from using it as a stationing point to monitor the militants’ movements,” he explained.

Meanwhile, the Ministry of Interior said in a statement released on Friday that a police officer and a conscript were killed during a shootout with militants in Al-Arish.

The statement noted that, while a campaign was inspecting the security conditions in Al-Arish’s 3rd District, the security campaign observed the presence of a number of militants and engaged with them in a shootout.

The shooting resulted in the death of a police officer, Moataz Mostafa, and a conscript, Mahmoud Mohamed, from the Central Security Forces (CSF) in North Sinai, according to the statement.

Since 2013, state security forces, represented by both the army and the police, have been engaged in violent clashes with “Sinai Province”, known previously as Ansar Beit Al-Maqdis. In 2014, the group declared its affiliation to IS and has launched deadly attacks on army and police checkpoints.